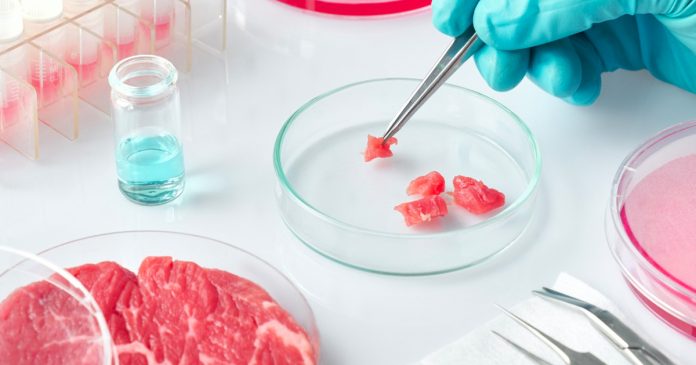 During a Commons industry committee meeting, Liberal MPs lamented the fact that Canada was not a leader in producing alternative sources of protein like “lab meat” or insects.

On Mar. 4, Minister of Innovation, Science and Industry Francois-Philippe Champagne was testifying before parliamentarians on his mandate letter when the discussion turned toward climate change and the purported threat to global temperatures caused by the agricultural sector.

Liberal MP Nathaniel Erskine-Smith referred to a report by the UN Intergovernmental Panel on Climate Change (IPCC), asking whether the federal government would invest in the technology.

“Lab or ‘clean meat’ is one potential contributor to the human demand for protein in the future. That’s obviously a high-risk, high-reward initiative. It’s one that the U.S., Singapore and Israel are all pursuing. Canada is not, unfortunately, at the moment. Entrepreneurs are leaving the space in Canada, unfortunately. I wonder if you would turn your mind to high-risk, high-reward research via the net-zero accelerator?” said Erskine-Smith.

“Totally, and I appreciate the question. I’d like to be invited back to the committee to discuss that more. I’m seeing people nodding, so it may happen,” replied Champagne. “I agree with you. We should be a leader in forestry tech, biotech, clean tech, fin tech, and ag tech. I totally agree with you and your colleague that we need to do more.”

On Feb. 28, the IPCC released its sixth assessment report, titled Climate Change 2022: Impacts, Adaptation and Vulnerability. One chapter of the report addresses “alternative sources of protein for food and feed.”

“Laboratory or “clean meat” is one potential contributor to the human demand for protein in the future,” wrote the IPCC. “Livestock feeds can make use of other protein sources: insects are generally rich in protein and can be a significant source of vitamins and minerals. Black soldier fly, yellow mealworm and the common housefly have been identified for potential use in feed products in the EU.”

Hardline environmentalists have been advocating to replace meat with alternatives such as artificial products, insects and algae for some time now as a way to reduce carbon emissions produced by the agricultural sector.

In 2013, the UN’s Food and Agriculture Organization released a report saying that the world should drop their prejudices and get ready to start consuming bugs.

“Common prejudice against eating insects is not justified from a nutritional point of view. Insects are not inferior to other protein sources such as fish, chicken and beef,” the report’s authors wrote.

This article’s headline and opening paragraph were corrected on Mar. 15. An earlier version suggested that “lab meat” was derived from insect-based protein. The two are separate products.