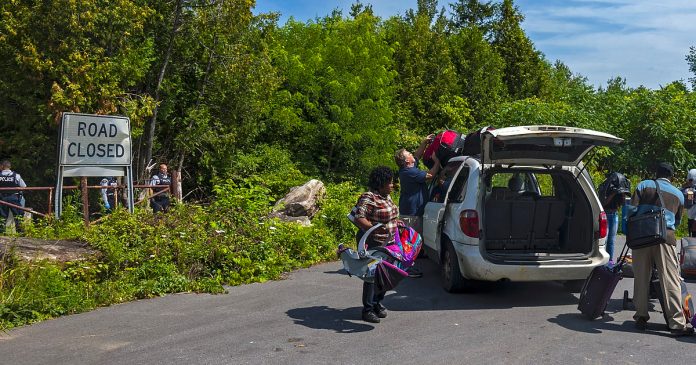 According to Deputy Minister of Citizenship and immigration Catrina Tapley, migrants and asylum claimants who are unvaccinated and have no quarantine plan will be housed free of charge by the government in designated rooms.

“First of all, those who are vaccinated or who have a clear plan for quarantine are processed and are on their way. For those who are not vaccinated and do not have a quarantine plan, we have rooms in hotels, where we place them until their quarantine period is complete and they are able to move into other social housing systems,” said Tapley. “No, we don’t charge people for the time in the hotel.”

“To clarify, because I’m also out of time, the Government of Canada is paying for hotel rooms for pending asylum claimants who are unvaccinated?” asked Conservative MP Garnett Genuis.

“You are correct,” responded Tapley.

The quarantine period for unvaccinated travellers authorized to enter Canada is currently 14 days.

As exclusively reported by True North in December, the Canadian Border Services Agency confirmed that unvaccinated illegal border crossers were being allowed through the unauthorized border crossing after Trudeau reopened Roxham Road on Nov. 22, 2021.

Although unvaccinated migrants can cross into Canada freely, Canadian citizens who are unvaccinated cannot board a plane or train to travel domestically or internationally.

In Dec. 2021, 2,800 illegal border crossers entered the country via the controversial border crossing. In comparison, Roxham Road only saw 96 people cross illegally in Oct. 2021, before Trudeau made the announcement that the border was open again.

“The government must recognize that Ukrainians seeking security do not have months to lose. It is urgent to take action,” Blanchet told the House of Commons on Feb. 28.