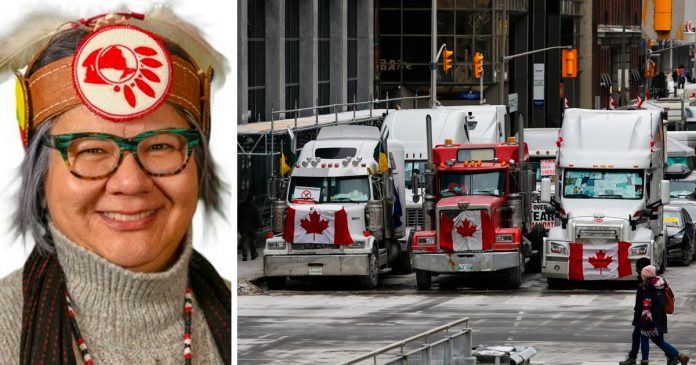 Parliamentarians convened a first-of-its-kind inquiry into Prime Minister Justin Trudeau’s use of the Emergencies Act on Monday, the same day the Assembly of First Nations national chief expressed concerns over the act’s ability to label activists as criminals.

According to Blacklock’s Reporter, MPs called for the inquiry to be as transparent as possible and not to hold meetings off camera “without good reason.”

“In my opinion, our discussions should be in public when they can be,” said Bloc Québécois MP Rhéal Fortin.

“The responsibilities of this committee are very, very serious. We all recognize that,” said Conservative MP Glen Motz.

In a separate committee later that day, MPs were warned by Assembly of First Nations national chief RoseAnne Archibald that the decision to invoke the Emergencies Act had had wide-reaching consequences and implications.

Archibald told the Commons public safety committee that when she was given advanced warning that the Act would be invoked by Liberal Minister of Crown-Indigenous Relations Marc Miller, she expressed serious concerns.

“Minister Marc Miller called me I believe the day before. There had been talk for a number of days about the Act being invoked. The day before he actually called me and said this was going to be happening,” said Archibald.

“I am concerned and did express that concern very immediately with Minister Miller when he called me that I was concerned about the long term implications of this.”

Archibald said that her concerns were rooted in her time as a former activist who was been involved in protests.

“My concern is the Act is a tool and the tool itself can actually name and can actually place labels upon people,” said Archibald. “The implications of the Emergencies Act are far and wide and that is why I am standing before you. I am a former activist myself, and I have been involved in civil actions and charged.”

Trudeau declared the emergency over on Feb. 23, only days after it was approved by the House of Commons. By that time, police in Ottawa had already cleared out protestors who were demonstrating against COVID-19 measures.

The Emergencies Act gave the government powers to freeze the assets of Freedom Convoy participants and donors as well as arrest anybody who attended the demonstrations after they were declared illegal.

According to the law, the government has exactly one year to produce a report to justify the use of the act.