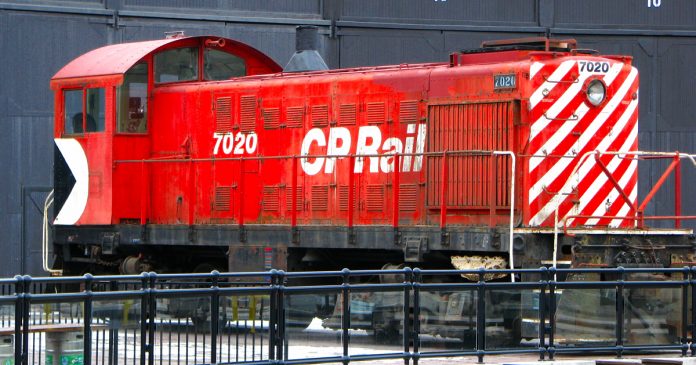 With a labour strike now imminent, a swathe of industries are calling on the federal government to bring a swift resolution to a dispute between Teamsters Canada Rail Conference (TCRC) and CP Rail.

On Thursday, TCRC issued a strike notice to CP Rail that could lead to a nation-wide work stoppage by Sunday. The move came after CP Rail issued a 72-hour notice that it would lock out 3,000 employees if a negotiated settlement is not reached.

45 industry groups representing a wide array of fields including mining, shipping, agriculture and petroleum signed onto a letter this week calling on the federal government to intervene in the situation to prevent a CP Rail strike.

“A work stoppage of any length will have a deep and adverse impact for all Canadians who rely on the essential rail supply chain and for the broader Canadian economy. Any disruption would further cripple Canada’s freight capacity and have a profound impact on not only rail shippers, but all shippers, including trucking and air, throughout the broader Canadian economy,” wrote signatories.

“It would do irrevocable damage to Canadian supply chains that would extend beyond our borders and harm our reputation as a reliable partner in international trade. CP has stated that it is willing to immediately enter binding arbitration to resolve this matter without a work stoppage. The government must do everything in its power to get the union to agree.”

Concerns over the potential labour dispute have spilled over into the US, where lawmakers have said that such a strike could send freight capacity into a crisis. Republican Senators Kevin Cramer, John Hoeven, Mike Braun and Steve Daines all urged Prime Minister Justin Trudeau to immediately resolve the matter.

“A work stoppage would create a freight capacity crisis that will have a profound impact on our nation’s agriculture and energy industries,” the senators warned in a letter on Tuesday. “Because of the Keystone XL pipeline cancellation, Canada and the US rely on CP to carry heavy Alberta oil to US refineries. Without the ability to move heavy Canadian crude, fuel supply shortages will be exacerbated and agricultural producers who rely on diesel to power their equipment will be forced to pay even higher fuel costs.”

The senators also noted how such a stoppage would impact the delivery of fertilizer at a time when farmers across North America are preparing for the spring planting season.