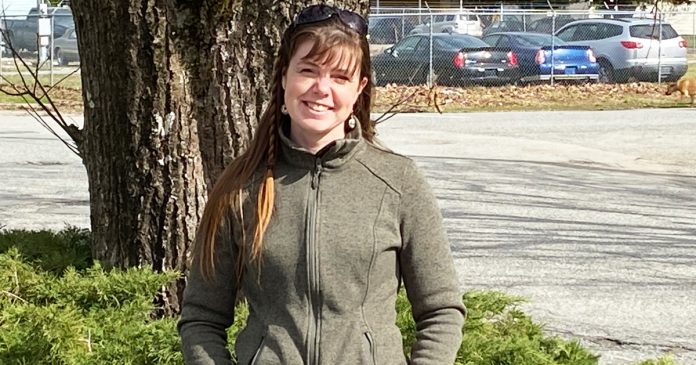 A paramedic back to work after Alberta Health Services (AHS) dropped its vaccine requirement for existing workers last week is calling the situation “a victory with losses.”

“We’ve forced Alberta Health Services to admit that what they were doing was not only ridiculous but wrong,” Kate King told True North. “But for people trying to get into AHS, they still have to get the shot or give up on their profession.”

King is a primary care paramedic serving communities east of Edmonton. After ten years on the job, she was forced onto unpaid leave in December after refusing to comply with the AHS vaccine mandate and having her religious exemption request denied.

The Alberta government announced on Mar. 8 that it was scrapping the rule requiring existing healthcare workers be vaccinated against COVID. The requirement still applies to people hoping to work for AHS going forward.

Alberta health minister Jason Copping said the decision comes as Alberta enters the “tail end” of the Omicron wave and that the province is in a “very different situation” from when it had enacted the policy.

King said that while everyone she knows is happy to be going back to work, they’re also deeply affected by how the matter was handled. She said she doesn’t “need her pound of flesh back” but knows others who are having a much harder time letting go of the injustice.

In December, King launched the Alberta Boot Project to raise awareness of the human toll of the vaccine mandate’s job losses. The campaign’s displays have laid out more than 700 pairs of shoes and boots with posters and signs from frontline workers who had been put on leave without pay for refusing to comply with vaccination policies.

The project will have a final display on April 9, after which the boots will be donated to charity.

Many of the people affected by the mandates felt gutted and humiliated, King told True North. Healthcare is who you are, she said, and people are now questioning that purpose in life based on how they were treated.

“They hate that all of this wrong has happened and it’s not dealt with,” she said.

“I have a friend who said that when she was let go in December, it was a hostile environment – absolutely hostile. She was seen as the enemy, the person who was trying to kill the world, everything else. She got death threats, and everything else was brutal.”

King was eventually able to return to work in January by opting for testing every 48 hours at her own expense – a policy AHS only began to offer two weeks after forcing her off the job.

“They realized it was the stupidest thing they could have done, losing thousands of healthcare workers,” King said. “So they said in 14 days, we’re going to let all you guys come back, but you’ll have strict testing requirements.”

She added that the remote location of her work and her 96-hour shifts made it almost impossible to comply with the testing, which cost her $80 a week and others up to $120. Now that the vaccine mandate and testing requirements have both been dropped, King called the situation “a victory with losses.”

“We’re going back with heavy hearts,” she said. “I know a ton of people who just up and left. They said, ‘you know what? I can’t ever work for Alberta Health Services again. After how they’ve treated me, I’m so disheartened. I’m going to get into a new profession or move to the States or whatever else.’”

King said that the freedom convoy had played a huge role in raising awareness as well as putting pressure on politicians to enact change.

“It’s very isolating to be harassed and expelled from your workplace and just kind of burrow into your little hole and not know what happens next,” she said. “So, what the convoy did was kind of flushed everybody out of hiding, and gave them something to stand for.”

Alberta NDP health critic David Shepherd has called dropping the vaccine mandate the wrong decision, saying, “the UCP continues to be beholden to an extremist fringe, including the people who participated in the dangerous and illegal blockade at Coutts.”

Asked what she would say to someone who opposed her right to bodily autonomy, King emphasized the freedom and responsibility of making one’s own choices.

“The government will tell you right now that everyone had a choice,” she said. “But when there’s coercion involved, and when that choice is given to you at the threat of losing your access to transportation and employment and medical procedures, and access to your family and everything else, it’s no longer a choice.”