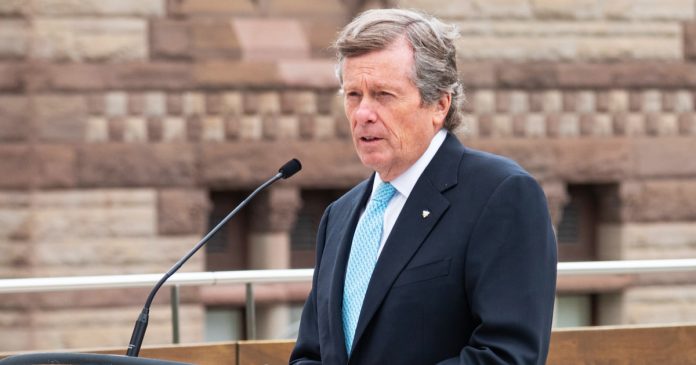 A Toronto man has filed a lawsuit against the City of Toronto to scrap its $100,000 payment to a legal fund fighting Quebec’s controversial secularism bill.

In a notice of application filed with the Ontario Superior Court, Louis Labrecque accuses the City of Toronto of overstepping its mandate by fighting Bill 21, a law that has nothing to do with Toronto or Ontario.

“As a Quebec statute, Bill 21 does not engage, affect or limit the rights and freedoms of Torontonians,” the application says. “The Ontario Legislative Assembly has not enacted equivalent or similar legislation.”

Bill 21 is the Quebec law enacted in 2019 that prohibits public servants from wearing religious symbols such as hijabs, yarmulkes and crucifixes at work.

The National Council of Canadian Muslims, the World Sikh Organization, and the Canadian Civil Liberties Association are mounting a legal challenge against the bill.

In December, Toronto mayor John Tory put a motion before council to contribute $100,000 of city funds to the legal challenge. Council adopted the motion, but according to Labrecque’s lawsuit has not yet sent the funds.

Labrecque’s lawsuit asks the court to declare the motion “void for illegality on the basis that it is beyond the jurisdiction of the City of Toronto.”

“This is not a case about the merits of Bill 21,” Honickman said.”It is about the jurisdiction of the City of Toronto to pass bylaws and resolutions and to spend taxpayer money. The Supreme Court has said that municipalities must confine themselves to matters that have a municipal purpose, and the applicant takes the position that funding an out-of-province legal challenge does not further a municipal purpose in the City of Toronto.”

Last year, the Superior Court of Quebec upheld Bill 21 as generally constitutional, but found it did not respect the constitutional rights of Quebec legislators and English school boards. The Quebec government is appealing the decision.

Ottawa council entertained a motion to donate $100,000, but Mayor Jim Watson said it wasn’t an appropriate use of municipal funds, even though he personally supported the lawsuit.