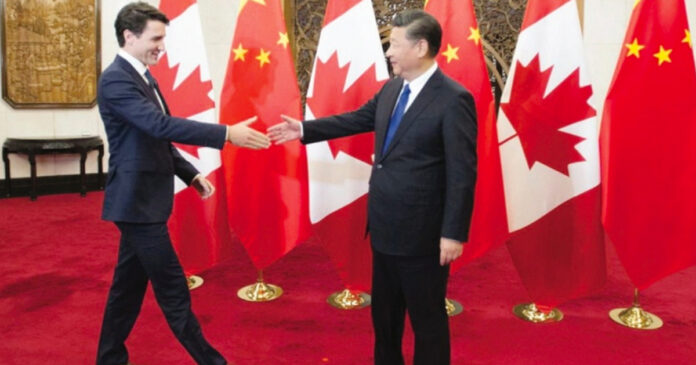 Documents tabled in the House of Commons reveal that the federal government has given 168 mostly interest-free export loans to China since the 1980s, with final payments not due until 2045.

According to Blacklock’s Reporter, an Inquiry Of Ministry requested by Conservative MP Kelly McCauley and tabled in the House of Commons revealed the nature of the loans.

“Loans were provided in the past to help ensure Canadian exporters could compete on equal footing with foreign competitors that may offer better financing,” the federal government claimed.

The loans totalled $364,714,786, with final payments not due until Feb. 15, 2045. The money was distributed through the “Canada Account” by way of the Export Development Act.

Ultimately, control of who gets the loans lies with the minister in charge at the time.

“The Canada Account is essentially a fund the staff recommends against but the minister can do an override and make an investment for reasons best known to the minister,” Liberal MP John McKay said during a 2010 Commons finance committee meeting.

According to the organization Environmental Defence, loans sent out from the Canada Account may never be repaid if the country that received the money refuses to pay it back.

“Loans issued through the Canada Account can easily become grants,” the group wrote in a report. “Any loss incurred is directly borne by Canadian taxpayers.”

The Liberals continued to carry the loans to the communist Chinese government despite a vote in 2021 condemning authoritarian human rights abuses involving forced internment, slave labour and genocide against the country’s Uyghur minority.