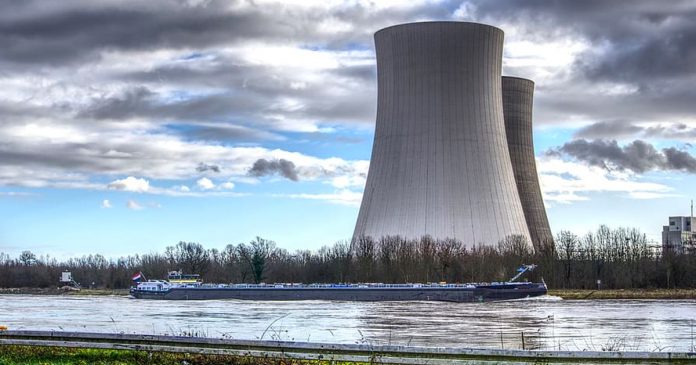 Liberal government officials with the Department of Natural Resources wouldn’t reveal whether they considered nuclear power or natural gas to be a form of clean energy.

During a Mar. 21 Commons international trade committee meeting, top officials with the department were unable to answer questions from parliamentarians on whether nuclear energy was included in its clean electricity strategy.

“You talked about green energy and the fact that you don’t know where nuclear lies, so how can you explain how nuclear energy was excluded from the green bond framework by this government? If it was excluded from that framework, obviously this government isn’t thinking that nuclear energy is green. Can you add to those comments, please?” asked Conservative MP Warren Steinley.

“The Department of Finance is ultimately responsible for the green bond frameworks, so I would defer to them on (that),” replied the department’s Director General of Energy Amanda Wilson.

“I understand that,” said Steinley. “Are you saying that the Department of Finance didn’t ask the natural resource department at all what should be in and what should be out of the green bond framework?”

“So is NRCan’s recommendation to have nuclear in the green bond framework?” said Steinley.

“No, that is not what I said, sir. I said that the Department of Finance is best placed to answer the question with respect to the green bond framework.” said Wilson.

The Department of Finance published its Green Bond Framework guidance earlier this month. The program will allow investors to purchase bonds to finance government environmental projects. A total of $5 billion in government-issued bonds will be available for purchase under the program.

Earlier during the committee meeting, Wilson was also unable to answer questions put to her by Liberal MP Chandra Arya on whether the federal government had declared nuclear power or natural gas as green and sustainable.

“On a related question, the European Union has declared nuclear and natural gas as green and sustainable. What are your thoughts on Canada’s position on this?” asked Arya.

“I don’t know that Canada has put labels per se on natural gas and nuclear. I think we look more specifically towards energy intensity, understanding that it will be important to find the right mix of energy sources and technologies as we move ahead to net zero,” said Wilson.

Environmental activists have attempted to paint nuclear energy and natural gas as a form of dirty energy in order to further cripple development in those areas. In February, the European Commission announced that both forms of energy were to be considered “sustainable investments” and a part of the continent’s effort to become carbon neutral by 2050.

According to the International Energy Agency (IEA), nuclear power use has reduced CO2 emissions by over 60 gigatonnes – or two years worth of global emissions – in the last 50 years. In its report titled Canada 2022 Energy Policy Review, the organization noted that nuclear power played an important role in Canada’s clean energy industry.

“Achieving ambitious climate targets, and potentially net zero emissions by 2050, will require both long-term operation of the existing nuclear fleet and the development of nuclear new builds,” wrote the IEA.

With regard to natural gas, the IEA also observed that Canadian product could help displace the use of coal globally, becoming the second-largest energy source after hydro by 2040.

“The LNG Canada plant is designed to be one of the lowest CO2 intensity LNG facilities currently operating in the world, with a 60% lower emissions rate than the global average. Other LNG projects in Canada plan to use clean, renewable hydroelectricity to power operations, with emissions profiles up to 90% lower than global competitors,” researchers noted.