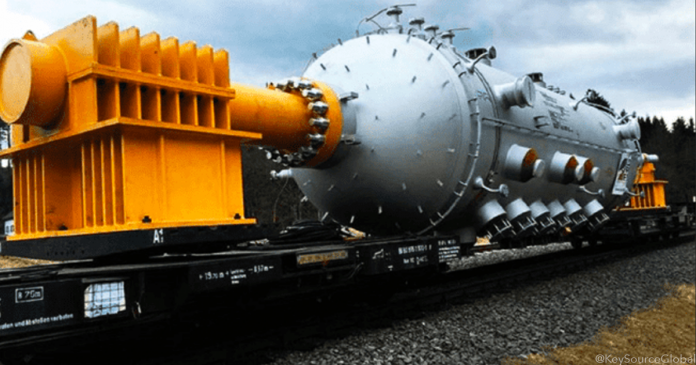 According to the plan, one single SMR could generate enough electricity to power 300,000 homes. Much smaller than traditional reactors, they can be constructed in factories and transported from place to place.

“(The project) has laid a strong foundation for nuclear power … to support deep reductions in Canada’s GHG emissions to ultimately achieve net zero by 2050,” said Morgan.

Ontario will be the first province to host an SMR, while another four would subsequently be built in Saskatchewan by 2042.

“Energy security has never been more important, and nuclear power, fuelled by uranium from Saskatchewan, has the potential to ensure that our country has the power to guide us into the future,” said Morgan.

On Tuesday, the Trudeau government released its 2030 Emissions Reduction Plan. SMR technology made an appearance in the report.

“The Government will continue to work with utilities, as well as provinces and territories, Indigenous Peoples and communities, industry, innovators, laboratories, academia, and civil society to advance SMRs through Canada’s SMR Action Plan,” the report read.

“Looking out to 2050, investments in emerging technologies such as geothermal, tidal, SMRs, carbon capture and storage, and electricity storage will allow Canada to be a world leader in these new technologies.”

“The role of nuclear energy is recognised as fundamental to achieving and sustaining Canada’s climate change goals and the technology is seen as a long-term source of baseload electricity supply,” wrote the IEA. “In particular, SMRs are considered a key priority.”