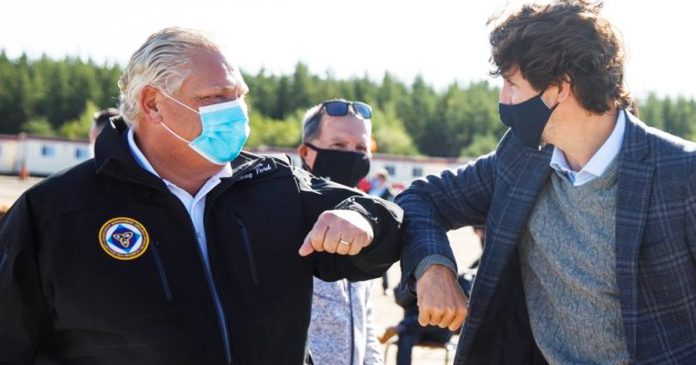 A family-values-based think tank has slammed the joint federal-provincial child care agreement announced in Ontario this week, saying it only applies to the small segment of children who attend government-licensed care facilities.

According to Cardus Family Program Director Peter Jon Mitchell, only a third of children under the age of six will benefit from the plan. Instead, Mitchell argues, funding should be provided directly to parents.

On Monday, Ontario premier Doug Ford and Prime Minister Justin Trudeau announced the $10.2 billion child-care deal. For those eligible, the funding will help bring down daycare fees to an average $10 a day by the end of 2025.

“Child care is the care of a child regardless of who provides the care,” said Mitchell. “Yet, just as we’ve seen in other provinces, the federal child-care plan’s fee reductions apply only to the families using licensed care. In Ontario, about a third of children under age six use that kind of care.”

“So, most families won’t benefit from today’s announcement. The best and fairest solution is to fund families directly—and to target the most funding to the lowest-income families. Making life more affordable for Ontario families is the right instinct, but today’s announcement is the wrong policy.”

The details of the deal indicate that only “participating licensed child care centres” will see the fees reduced by up to 25%. Private daycares that are not government licensed or in-home child care operators – which make up a majority of child care arrangements in the province – are excluded from the plan.

Payments will be sent out in the form of automatic rebates beginning in May.

Cardus has advocated for more parent-focused child care policies instead of the government’s universal view.

“That’s what we’ve seen pushed for certainly in federal policy discussions,”  said Mitchell in a 2019 interview. “Going back 10, 20 years ago, there was a push for universal system. What we’re suggesting is there’s an alternative vision for child care in Canada that is more equitable for all families than a one-size-fits-all policy.”

“Those universal systems hold up Quebec as the model to which they want to generally emulate. That model is not without its issues and without its concerns. Certainly outcomes for children have not been fantastic. Studies looking at academic outcomes have found that there’s not really anything to suggest it’s been overly beneficial.”
In his “supply and confidence” agreement with the NDP last week, Trudeau pledged to pass a child care act allowing agreements to be struck with provincial governments to reduce the cost of daycare nationwide.