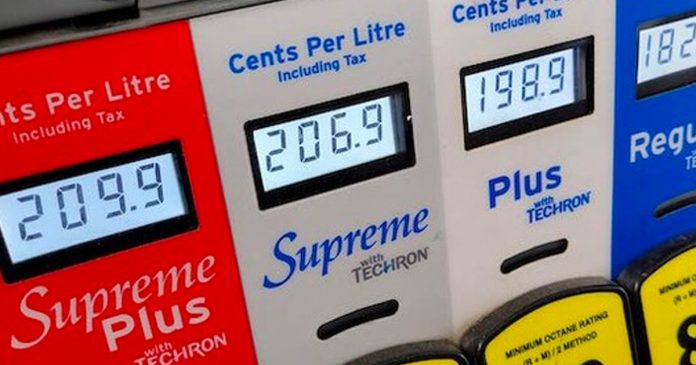 Canadians may think it is some sick April Fool’s Day prank, but taxpayers can expect to pay more at the gas pumps and for alcohol on Friday, while politicians in Ottawa give themselves a hefty pay raise.

According to the Canadian Taxpayers Federation (CTF), the carbon tax increase will cost families an additional $8.40 to fuel up a minivan.

Canadians can also expect to pay more for beer, wine and spirits when the “alcohol escalator tax” increases federal excise taxes on alcohol on Apr. 1.

Historically high inflation rates and crippling taxes have increased the cost of goods and services for consumers. But as Canadians look for ways to reduce spending, politicians in Ottawa won’t have to worry about making ends meet.

On Apr. 1, MPs are giving themselves a raise – in addition to their six-figure salaries.

The CTF estimates the generous pay raise will result in an extra $7,400 for Prime Minister Justin Trudeau and an additional $3,700 for every backbench MP.

Currently, Trudeau’s base salary is $371,600, and each cabinet minister will be paid $274,000 annually. The numbers do not include all of the other additional benefits cabinet members and the prime minister receive.

“The joke is on taxpayers and it isn’t funny as our members of Parliament pocket a pay raise while emptying our wallets with higher carbon and booze taxes,” said Terrazzano.

“Canadians are struggling with higher prices on everything and the least our MPs could do is cancel the cruel April Fools’ Day joke and end the tax hikes.”