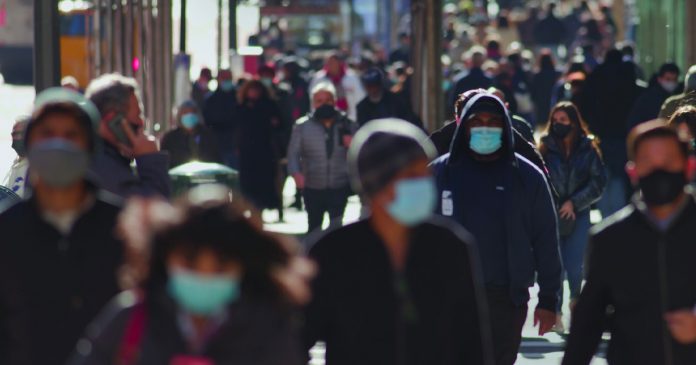 It seems the common cold has made a comeback – or at least that it’s still around – but you wouldn’t know it from the continuing hysteria over COVID-19.

Just a week ago, I was sick for six days with symptoms similar to those of the contagious Omicron variant of COVID. I had a raw throat, laryngitis, a runny nose, a cough and chest congestion – all in that order.

After five days of downing cough medicine and cold pills, eating the chicken soup my wife made me and wearing a mask the few times I ventured out, I decided I’d better take a COVID test just to be safe.

It came back negative. The verdict: I had caught a rhinovirus (the common cold). It wasn’t COVID. But that didn’t stop people from reacting like it was or even could be.

Last weekend, we were supposed to have dinner with a friend from Toronto who was down in Florida. When she learned I had a cold AND that I had tested negative for COVID, she did not even want to meet up with my wife (I had planned to remain home).

Truth is, neither has happened, and I’d already been sick for five days before I got tested, meaning I’d probably been dealing with symptoms for a week. Sadly, none of that seems to matter to some people. Because the legacy media and egomaniacal doctors have done such an excellent job of preying on people’s fears, logic has flown completely out the window.

In short, they’ve created a population of paranoid hypochondriacs.

We have lived for two years in our bubbles surviving the mental anguish of social isolation, only connecting in our surreal online worlds – no hugs, no face-to-face contact, no social gatherings.

We are double- and triple-vaccinated, and for some – like me – the side-effects of those vaccinations linger. I still get tingling and numbness in my hands, particularly when I’m riding my bike or swimming. I’m learning to live with it, but I find it more troubling than the cold symptoms I experienced last week.

And businesses have suffered tremendously. The tourism industry is only starting to climb back. More restaurants than I care to know have gone out of business or are hanging on by their fingertips.

Yet there are people who simply can’t move forward.

It’s beyond being fearful. I call it COVID Derangement Syndrome.

It seems to have also brought out the worst in those who may already be suffering from OCD or some other compulsive disorder.

Frankly, anyone I know who has picked up COVID since being vaccinated has experienced very mild symptoms – a mild fever, headache, runny nose – which go away in two or three days. Despite this, the lefty doctors simply won’t give up frightening people and are now claiming a sixth wave is on its way or already here.

Dr. Michael Warner – who can’t let go of his now-expired 15 minutes of fame – even suggested that more five-to-11-year-olds need to be vaccinated, even though they’re at such low risk for the virus.

And of course he’s pushing for a new masking edict.

I have also seen Toronto mayor John Tory still doing photo opps masked while indoors even though the mask mandate was lifted in Ontario more than a week ago. Instead of encouraging his voters to move forward and enjoy their long-awaited freedom, this obsessive virtue-signaller continues to promote fear.

But the worst is the number of those who have caught COVID since the mask mandate was lifted and are now proudly announcing it on social media like they’re either a member of the COVID club or implying the lifting of the mask mandate is to blame.

If only we could cancel these paranoid hypochondriacs and the virtue signalling leftists like they cancel free speech.