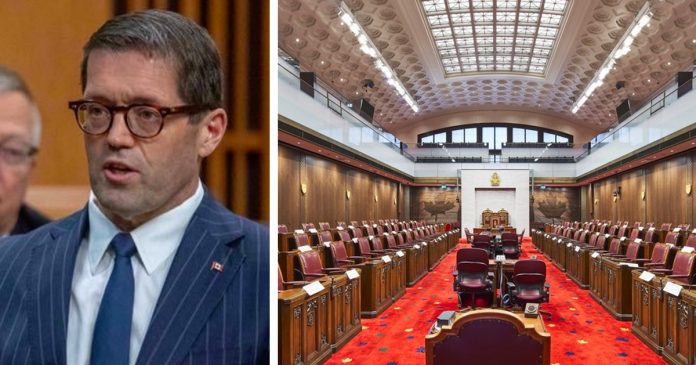 A Conservative MP is blasting a basic income plan making its way through the Senate, saying it’s a disaster in the making for the Canadian economy.

“The framework must include measures to determine what constitutes a livable basic income for each region in Canada, taking into account the goods and services that are necessary to ensure that individuals can lead a dignified and healthy life, as well as the cost of those goods and services in accessible markets,” the law reads.

Bill S-233 was introduced to the Senate on Dec. 16 by Trudeau-appointed senator Kim Pate and is currently on its second reading. It has yet to reach the House of Commons.

“The Parliamentary Budget Officer released a report in 2021 saying that the cost of this type of program would be a staggering $85 billion in 2021-2022; this is twice as much as our federal contribution to our health care system,” wrote Zimmer in a statement.

“With the inflation rate reaching 30-year highs, our economy under extreme pressure, and record high gas prices, we must implement policies that promote economic growth, rather than short-sighted policies that weaken the economy and only serve to increase our already substantial national debt.”

Zimmer went on to say the plan would sap people’s motivation to get a job.

“At the end of the day, Canadians must ask themselves: Where is this money going to come from? And who will ultimately pay the price for these expensive policies? We must think of future generations of Canadians,” wrote Zimmer.

“If our children and grandchildren are to inherit a strong and prosperous economy, which has a wide array of employment opportunities, we must stand against the bankrupting policies of the NDP-Liberal government.”

A national framework for a guaranteed livable basic income has been floated by the NDP before. A separate bill in the House of Commons completed its first reading on December 16, 2021.