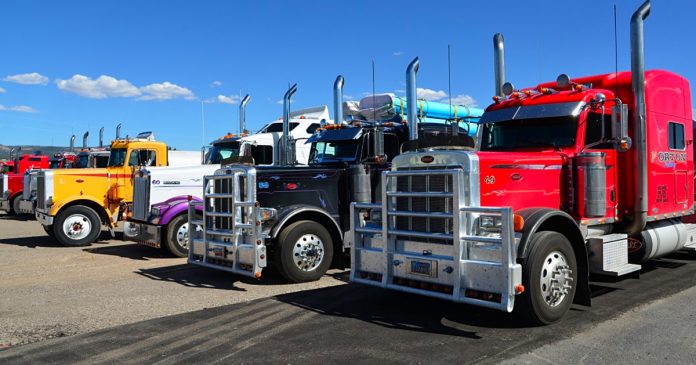 A trucker shortage worsened by the Trudeau government’s cross-border vaccine mandate is expected to triple by next year, and an interprovincial mandate “would be just catastrophic,” a livestock industry leader has warned.

Chair of the National Cattle Feeders’ Association James Bekkering told parliamentarians during a Mar. 24 Commons agriculture committee meeting that farmers were wondering whether they would be able to feed their livestock as a result of transportation bottlenecks.

“Agricultural supply chains are under tremendous pressure and are negatively impacting national food security. In the beef industry, much of the current stress stems from two challenges: securing critical farm inputs, especially feed, and keeping cattle and beef products moving smoothly through the supply chain,” said Bekkering. “Transportation bottlenecks are magnified by a severe trucker shortage, which is expected to triple by 2023.”

When asked by Conservative MP John Barlow whether the Trudeau government’s international trucking mandate has had an impact on the agricultural supply chain, Bekkering confirmed that the mandates caused the amount of truckers available to dwindle even further.

“The international mandate has definitely had an effect,” said Bekkering. “It has taken another portion of the workforce out of what is already an industry with a short supply of truckers. I can’t even imagine what an interprovincial mandate would do. So much cattle flows between provinces. To my mind, that would just be catastrophic.”

Bekkering went on to say a border open to the free flow of goods between the two countries was critical and that grain was being prevented from coming into Canada by truck.

Farmers and ranchers also faced increased uncertainty due to the recent threat of a CP Rail strike. Fortunately, CP Rail and the Teamsters Canada Rail Conference were able to reach a deal to end a brief work stoppage that threatened to upend supply chains nationally.

Last month, the Liberals indicated that they would scrap a proposal to require transport truck drivers to show proof of vaccination when crossing into other provinces. Liberal labour minister Seamus O’Regan dismissed the idea but said that things could change depending on public health advice.

The Dec. 7 decision to require COVID-19 vaccination for truck drivers led to the ongoing Freedom Convoy protests calling for an end to all pandemic related restrictions across Canada.