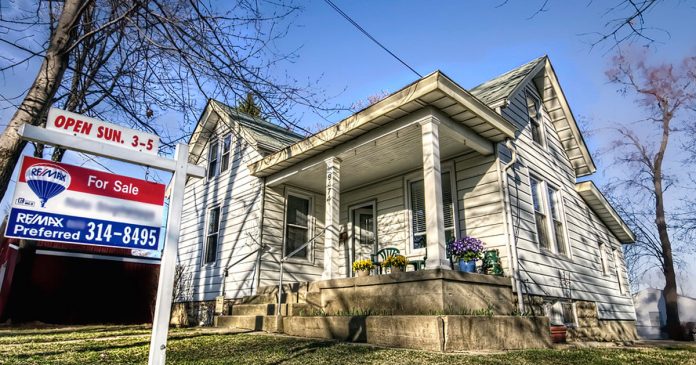 A new poll shows that nearly half the country is delaying purchasing a home due to the out-of-control housing market.

With younger Canadians, the number of people delaying plans to purchase a house grows to 62% for the 18-34 age group.

In Vancouver it would cost a household 73.9% of its income to buy a home, while in Toronto that figure is 68.6%.

“While income gains will provide a partial offset, it’s entirely possible RBC’s measure could spike to all-time highs in the year ahead. A shock of this magnitude would severely stress homebuyers and exert significant downward pressure on demand,” said Hogue.

Canadians are also looking to move elsewhere for cheaper housing costs with 35% saying they are considering relocating.

The survey comes in the wake of reports in January showing average price gains in 2021 at or near $100,000 or more in Victoria, Vancouver, Toronto, Ottawa, Montreal and Halifax.

As revealed in March, the federal Canadian Mortgage and Housing Corporation (CMHC) also awarded employees $48 million in bonuses while the rest of the country dealt with a housing affordability crisis.

“Why is the CMHC patting itself on the back and handing out millions in bonuses while Canadians are facing a housing affordability crisis?” said Canadian Taxpayers Federation federal director Franco Terrazzano in a press release on the matter.

“If its number one goal is housing affordability, then it doesn’t make sense for the CMHC to give its employees bonuses while Canadians are struggling to find homes.”

When broken down, that would be over $12,000 for each employee per year. According to ATIP documents, over 93% of CMHC employees earned a bonus last year.