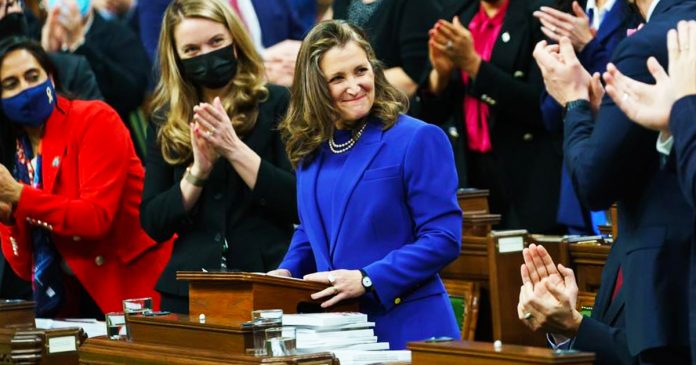 The Liberal government once again broke the bank with a taxpayer-funded spending spree which they ironically call a “budget.”

This year, Canadians saw Trudeau introduce $56 billion in new spending, with an annual deficit of $52 billion and total debt reaching $1.2 trillion – or about $31,000 for every man, woman and child in Canada.

Without a hint of irony, Trudeau’s loyal band of government-funded journalists told Canadians this budget was “modest”, “prudent” and even “conservative.”

Today on the Candice Malcolm Show, Candice is joined by Canadian Taxpayer Federation boss Franco Terrazzano to refute Liberal talking points and explain just how reckless and ruinous this fiscal roadmap will be for all Canadians.