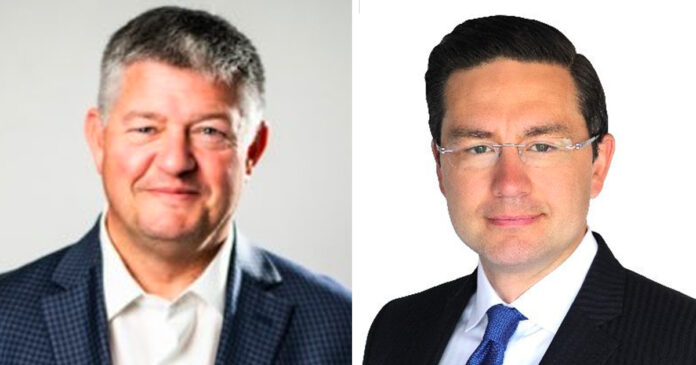 With the prices of homes still skyrocketing across the country, Conservative Party of Canada (CPC) leadership candidates Pierre Poilievre and Scott Aitchison have made it part of their campaigns to make housing more affordable.

Ontario MP and finance critic Poilievre released a video to social media on Monday, addressing the housing crisis in Canada by pointing out a tiny house being sold in Vancouver for $4.8 million.

“Why is it that Vancouver has the third most unaffordable housing market on planet Earth? Ahead of Manhattan, Los Angeles, London, England, and even Singapore. All places with more money and people but less land,” he said.

In the video, Poilievre rails against ‘gatekeepers’ who have kept ordinary Canadians out of the housing market. He points to the governmental cost of building a home which the C.D Howe Institute pegs at $644,000 – a cost that he said excludes everyone but the wealthy.

Poilievre’s solution to the housing problem is to have the government slow down the printing of new money, which he claims is going to wealthy investors who use it to bid up the price of real estate.

He added that as prime minister, he would nudge city halls across the country – including Vancouver – to speed up the review of building permits and reduce the governmental cost of getting a home approved.

“My message to City Hall here in Vancouver is, remove the gatekeepers. Stop blocking the poor, the working class and our immigrants from the privilege of owning a home here in this country.”

Aitchison argues that the limited number of homes available is causing the prices of houses to go up, making federal funding of municipalities contingent on building more homes.

“We got housing built when I was mayor in Huntsville with a common-sense approach to planning,” said Scott Aitchison, Conservative Leadership Candidate. “We set clear rules and incentives for builders, and it’s the kind of leadership we need in Ottawa to solve the housing crisis.”

Aitchison’s plans were accompanied by a slickly edited video posted to Twitter, similar to the video on housing uploaded by the Poilievre campaign.

“Prices have doubled in the past five years, and an entire generation feels like they will never be able to afford a home,” he said.

With housing traditionally a social issue, the move by some Conservatives toward bringing down prices in big cities can be seen as a strategy to capture much-sought-after Toronto voters, as well as young voters shut out of the housing market.

Trudeau’s Liberals all but swept the Greater Toronto Area (GTA) in the 2021 election.