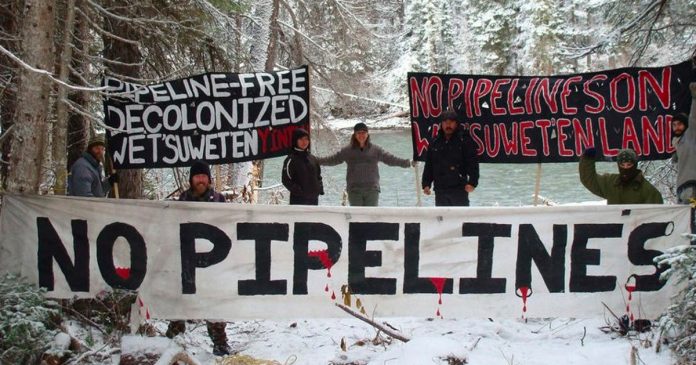 The Chair of the National News Media Council is refusing to investigate claims that a left-wing journalist misrepresented her arrest by RCMP officers during an anti-pipeline protest in subsequent reporting.

According to Blacklock’s Reporter, Chair John Fraser claimed that the matter was outside of the organization’s mandate – despite that mandate involving investigating breaches of journalistic standards among members.

“The Council deals with unresolved complaints about specific breaches of journalistic standards and does not offer general comment on issues outside its mandate,” said Fraser. Fraser did not expand on his comments.

The Council, which has lobbied the federal government for legislation to protect legacy media outlets and public subsidies, dismissed allegations against The Narwhal’s Amber Bracken.

Bracken was recently accused of spreading misinformation after claiming that RCMP officers violated her rights during a raid on anti-pipeline blockaders in northern British Columbia.

New evidence shows that Bracken did not identify herself as a journalist and that officers read a court injunction to her and others holed up in a cabin together before apprehending the group.

“My arrest makes me a big part of a national reckoning with press freedoms,” said Bracken. “They would take my cameras from me. After that, my rights.”

A statement by the Department of Public Safety has disputed Bracken’s claims, saying that officers acted in accordance with the law.

On Nov. 25, a journalist released a video showing the arrests. However the video does not show what occurred preceding RCMP members’ breach of the structures,” the department stated in a memo.

“RCMP officers read the injunction at each structure and made several calls over the course of more than an hour for occupants to exit the structure. The only response from inside the structures were derogatory in nature and refusals. It was not until RCMP officers entered the structures and arrested the individuals that they identified themselves as journalists.”

Bracken’s misleading reporting was submitted to be considered for the Canadian Journalism Foundation Jackman Award for Excellence in Journalism.