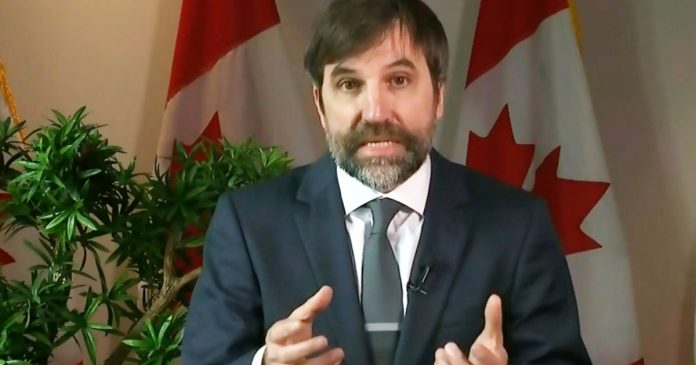 According to Blacklock’s Reporter, a Department of Environment report acknowledged the government’s climate targets benefited from public health restrictions.

“2020 was marked by the Covid-19 pandemic coinciding with a decrease in emissions,” said the Executive Summary of the department’s National Inventory Report 1990-2020.

According to the report, national emissions of carbon dioxide and other greenhouse-causing gases fell by 9% from 738 million tonnes to 672 million tonnes. The Trudeau government has set a climate target of 519 million tonnes. Only two provinces saw an increase in emissions – Alberta (up 8%) and Manitoba (up 6%).

In response, Guilbeault described the drop in emissions as an achievement for Canadians.

“Progress happens step by step,” said Guilbeault in a statement.

“With this year’s report to the United Nations we can see that Canada is moving in the right direction.”

The report indicated that emissions attributed to transport dropped by 12% as fewer Canadians were driving and there was less air traffic, as a result of stay-at-home orders and travel restrictions.

Further, factory emissions fell by 11% because plants were forced to shut down during the pandemic.

Canadians have been subjected to some of the strictest lockdowns in the world, and lockdowns have proven to have had devastating effects on the economic and mental well-being of the country.

According to a report by Statistics Canada in 2021, the consequences of government-enforced lockdowns killed more Canadians under the age of 65 than the COVID-19 virus itself.

In a report titled Provisional death counts and excess mortality, the government agency reviewed the number of deaths between January 2020 to April 2021 and concluded that 5,535 Canadians under the age of 65 died because of “indirect consequences” due to the pandemic.

Over the same time period, 1380 Canadians in the same age cohort died because of COVID-19 itself.

According to the University of Oxford’s COVID-19 Government Response Stringency Index, Canada is the tenth most restrictive country in the world when it comes to overall government COVID-19 measures.