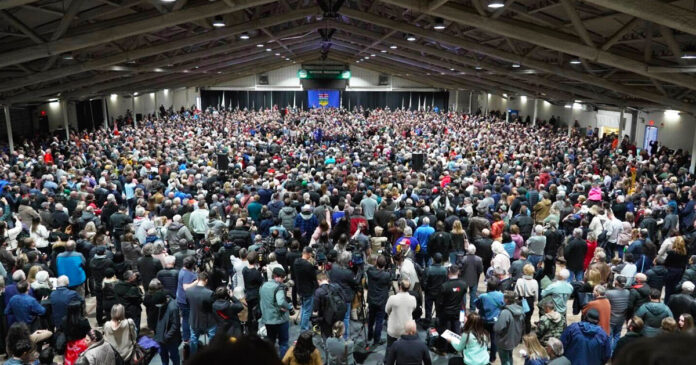 It’s Fake News Friday on the Candice Malcolm Show! Candice looks at the latest developing fake news story line in the legacy media, which is that Pierre Poilievre must be racist because he appeals to too many “white people.”

Rather than critiquing conservatives on substance, lazy journalists would much rather simply hurl insults because apparently having “white people” at your rally is a bad thing.

One substantive critique of Poilievre did come from the CBC – where “experts say” that contrary to Poilievre’s critique of government borrowing and printing of money, the real cause of inflation has little to do with government.“

Government spending is one of many factors pushing prices up — but it’s a relatively modest one,” said one left-wing economist defending Trudeau. “It really doesn’t matter what Canada’s government spends,” said another. You can’t make this stuff up.

Another CBC article goes even further in defending the Trudeau government, telling us that the “pick-up truck tax doesn’t exist” – this despite the tax being listed in a government report released by Trudeau’s Environment Minister.

The CBC may not understand basic math, economics, civics or how laws are passed, but they do understand where their bread is buttered: they exist for the sole purpose of defending Justin Trudeau.