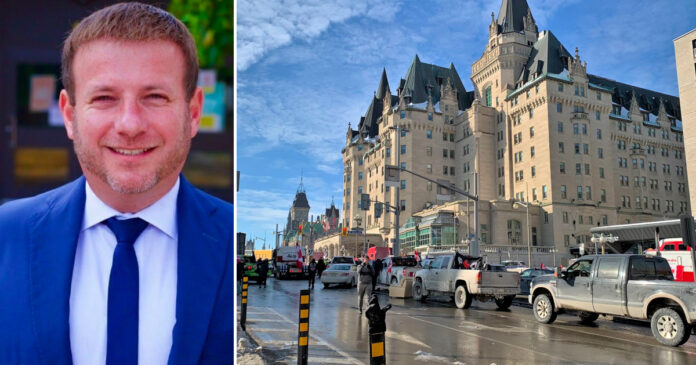 Baber made the comments during an appearance on CBC News’s Power & Politics earlier this week. In the segment, Baber also said that Trudeau’s invocation of the Emergencies Act was groundless.

“There was absolutely no necessity in the declaration of an emergency or riot police against bystanders on the Hill. That was unacceptable. No one regretfully actually discussed the issue at dispute which are the mandates. You shouldn’t force someone to choose between their ability to put food on the table and potentially making healthcare choices that they didn’t want to make,” said Baber.

Baber also went after Trudeau for not meeting with convoy organizers who were calling for an end to COVID-19 mandates across Canada.

“The Prime Minister did not have courage to even meet with them, and on February 18 when the government cracked down on protesters we did not see any rioting, any violence any guns or any resistance. The government tried to demonize the protesters, but on February 18, I think Canadians saw this was a truly peaceful movement,” said Baber.

Baber was an early supporter of the Freedom Convoy. On Jan. 26, he tweeted that he supported “truckers and their legal right to peaceful protest. They’re not just standing up for their ability to earn a living. They’re standing up to Justin Trudeau and for our democracy.”

As the convoy barrelled towards Ottawa, Trudeau called the demonstrators a “fringe minority with unacceptable views.”

“The small fringe minority of people who are on their way to Ottawa, who are holding unacceptable views that they are expressing, do not represent the views of Canadians,” said Trudeau.

During the interview Baber also blasted cancel culture and censorship for quashing people’s ability to have a frank discussion about the pandemic.

“I’m of the view that it’s the censorship, the cancel culture and the inability to have a frank discussion that led to the pandemic response of the last couple years,” said Baber.