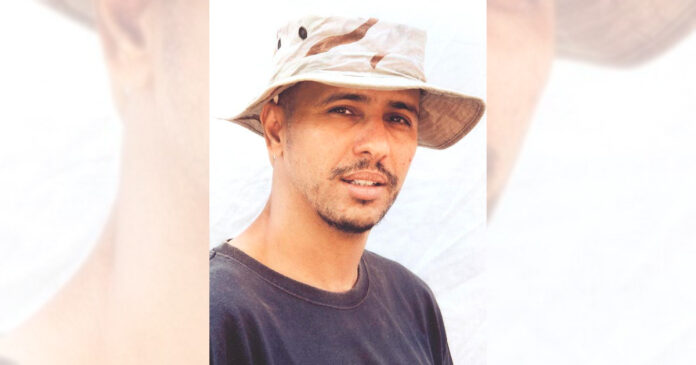 A suspected terrorist who was detained in Guantanamo Bay is suing the Canadian government for $35 million.

In his statement of claim to the Federal Court of Canada, Mohamedou Ould Slahi alleged that Canadian authorities “caused, contributed to and prolonged (his) detention, torture, assault and sexual assault at Guantanamo Bay.”

Slahi is from Mauritania and is not a Canadian citizen. He lived in Canada for a short stint between Nov. 1999 and Jan. 2000. It was at that time that he was investigated by Canadian intelligence officials, who surveilled him for several weeks but did not find any evidence to arrest him.

When US officials arrested Slahi in 2002, they said he had links to terrorist groups, due in part to the fact that he attended the same mosque as “Millennium Bomber” Ahmed Ressam.

Slahi has admitted to travelling to Afghanistan in the 1990s to fight against the Soviet occupation. He was held in Guantanamo Bay without charge.

Slahi’s lawyers claim that it was the torture that “broke him down” and led him to begin “to confess to the lies his interrogators put to him.”

In a 2010 release order US Judge James Robertson ruled that “evidence does show that he provided some support to al-Qaeda, or to people he knew to be al-Qaeda.”

Convicted al-Qaeda terrorist Omar Khadr was also held at Guantanamo Bay over his links to the international terrorist group. In 2017, it was revealed that Prime Minister Justin Trudeau authorized a $10.5 million settlement with Khadr.

In response to a question regarding the settlement, Trudeau told Canadians that “we all must pay” for the consequences of Khadr’s rights being violated.

“That when a government violates a Canadian, any Canadian’s fundamental rights, and allows them to be tortured, there are consequences and we all must pay,” said Trudeau in 2018.