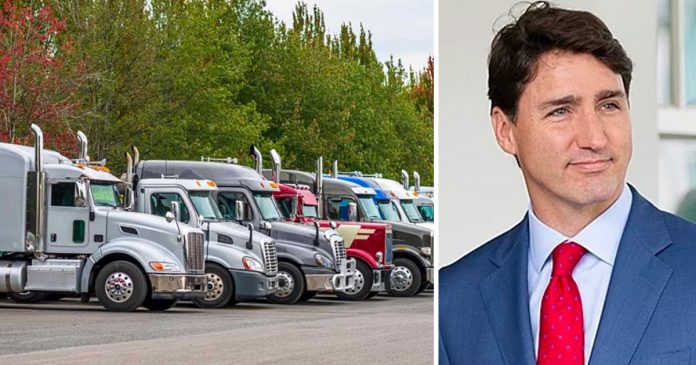 Data from Statistics Canada has revealed that international trade at Ontario and Alberta borders with the US were actually up in February compared to the same time last year.

The new statistics raise doubts about Prime Minister Justin Trudeau’s justifications for his implementation of the Emergencies Act on Feb. 14, which cited  “threats to (Canada’s) economic security resulting from the impacts of blockades of critical infrastructure, including trade corridors and international border crossings.”

The first blockade occurred at Coutts, Alberta which paused all traffic at the border crossing to Montana. The Ambassador Bridge border crossing in Ontario was also blocked soon after, while similar protests took place in Surrey, B.C. and Emerson, Manitoba.

Even trade in perishable goods such as vegetables was up in February, with Ontario reporting a 7% increase compared to last year. Meanwhile, Alberta saw a whopping 66% increase in vegetables crossing the border.

Almost every single type of trade – excluding automobiles – was up the same month the borders were blockaded.

In February, Deputy Prime Minister Chrystia Freeland claimed that “the Ambassador Bridge (blockade) has affected about $390-million in trade each day.”

The international trade numbers indicate that most of the goods eventually reached their destination when business resumed, despite the delays caused by the blockades.

This week, Trudeau appointed former Liberal staffer and judge Paul S. Rouleau to head the Public Order Emergency Commission – a so-called “independent public inquiry” into the government’s use of the Emergencies Act.

The Liberals have already attempted to block certain court challenges from accessing documents used by the federal government to justify their emergency powers.

Court documents show that the Liberals cited “cabinet confidentiality” in their attempt to hide the documents from the Canadian Constitution Foundation and other civil rights groups.