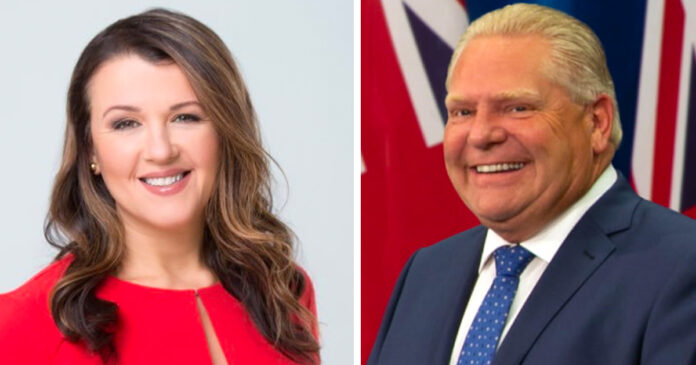 Liberal MP Julie Dzerowicz has accused Ontario premier Doug Ford of “crimes against humanity” due to his stance on climate change.

Dzerowicz made the accusation in the House of Commons on Monday and even doubled down on the statement when questioned about it.

“These inactions (on climate change) to me are irresponsible, unconscionable and a crime against humanity,” said Dzerowicz.

“She did actually use the term ‘crimes against humanity’ to refer to a policy of the Ford government,” he said. “That is quite a serious accusation to be making, and I just want to invite the member, encourage the member, especially in light of actual crimes against humanity we’re seeing in Europe right now, that she would take the opportunity to apologize and withdraw the comment.”

Dzerowicz replied that, to her, “it is unconscionable that there is a province, a territory, a municipality in this country that is not going to do its part to reduce its emissions. It is absolutely unconscionable, it is irresponsible and to me it will be seen as a crime against humanity.”

According to the United Nations, a crime against humanity is defined as any act “committed as a part of a widespread or systematic attack directed against any civilian population,” including murder, extermination, enslavement, deportation, torture, imprisonment, sexual violence and others.

The charge of “crimes against humanity” has also frequently been flung at the Trudeau government on social media for its restrictions on Canada’s unvaccinated population and other COVID-19 pandemic measures.

In March, Liberal politicians were in an uproar after Conservative MP Rachael Thomas announced in the House of Commons that “many Canadians” view Prime Minister Justin Trudeau as a dictator.

Immediately after the comment, Liberal MPs called the language unparliamentary and an affront to democracy.

“We have free and fair elections in Canada. All 338 MPs are elected in the same way. To use the word “dictator” demeans our electoral system and MPs need to stay away from this rhetoric,” said Liberal MP Anthony Housefather.