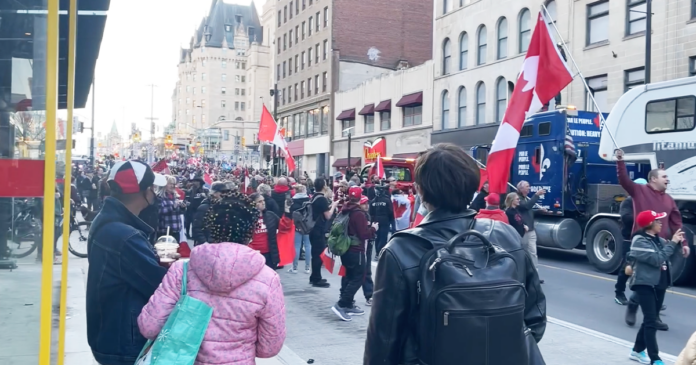 Thousands of people flocked to Ottawa this weekend to participate in the Rolling Thunder convoy to demand their freedoms back, as several federal vaccine mandates continue to be in place.

While the protesters were in a cheerful mood, some residents of Ottawa were not pleased to see the “freedom fighters” return to their city.

True North’s Elie Cantin-Nantel was on the ground and asked demonstrators what they had to say to the residents of Ottawa.