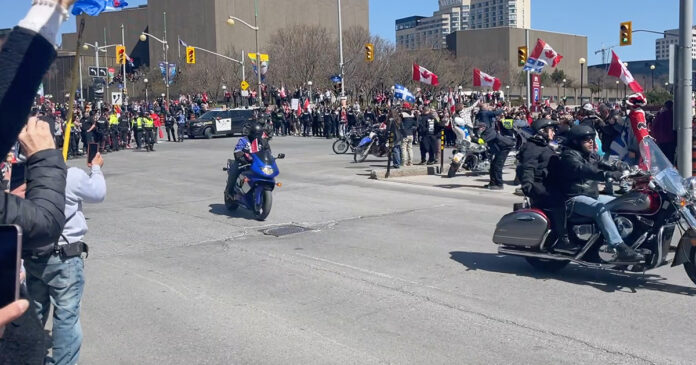 Over the weekend, thousands of Canadian “freedom fighters” gathered in Ottawa for the Rolling Thunder bike convoy.

While most public health restrictions have been lifted in Canada, many Canadians are still unable to live their lives freely because of heavy-handed government mandates. Many of the protesters at this weekend’s events are demanding their freedoms back.

True North’s Elie Cantin-Nantel was on the ground and asked demonstrators what they were trying to accomplish and why they came back to Ottawa.