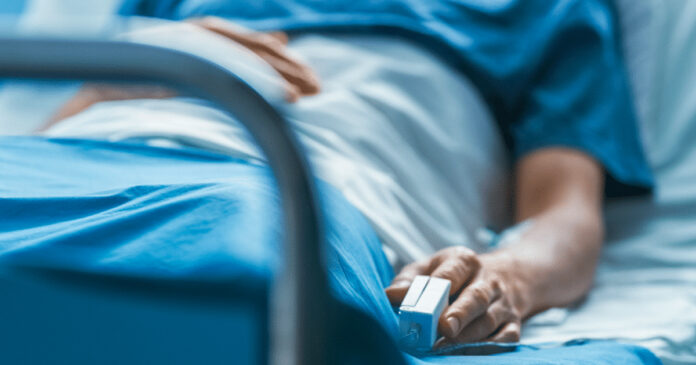 Canadians who lost loved ones to doctor-assisted euthanasia are calling on the federal government to do more to protect vulnerable people from wrongfully accessing the program, saying medical professionals are not complying with existing safeguards.

Victims shared their stories about MaiD (Medical Assistance in Dying) at a press conference on Parliament Hill on Tuesday, hosted by Conservative Members of Parliament Michael Cooper and Michael Barrett.

Erin Smith said she and her family lived the “horrible and traumatic experience of losing (their) father through MAiD.”

Smith explained that her father contracted C. Diff (Clostridioides difficile) after being admitted to hospital after a fall. She said her father was then neglected, not given the proper medication and made to feel like he was a nuisance.

While doctors had been planning for his discharge, Smith said a hospital staff member suggested to him that he would qualify for MAiD.

“The MAiD team made up a diagnosis so that he would qualify, because part of MAiD is you need to have a terminal illness,” said Smith, adding that the MAiD team “told him that he had end-stage COPD (Chronic obstructive pulmonary disease ), which surprised him, and it surprised us as he had never been diagnosed with this before.”

Smith said her father accepted the diagnosis because he was “very old school, where you just didn’t…question your medical professionals, and you just accepted what they told you.”

The MAiD procedure “was booked before dad had a second assessment, so they already scheduled it, and then the procedure occurred within 48 hours of his first assessment. So it was very fast and very rushed,” said Smith.

“My dad made his decisions with inaccurate information provided to him by the medical staff. There were no specialists involved, and worst still, his family doctor was never consulted. She didn’t even know what was happening, and she did not believe that he had end-stage COPD.”

Smith said that an MRI autopsy showed her father did not have end-stage COPD.

“So why did this happen? Why was this so rushed? Why was there not a team of professionals that MAiD consulted with? My understanding was that MAiD was to be used for the terminally ill, not to get rid of people in hospital or to reduce cost of the healthcare system, in which I feel that this was the case of my dad,” said Smith.

Meanwhile, Alicia Duncan and her sister said their mother’s death through MAiD was “an example of what can happen under the current legislation regarding Medical Assistance in Dying.”

According to the sisters, their mother’s health began declining following a concussion from a car accident in Mar. 2020. They added that tests “ruled out any possible medical explanation” and that her behaviour began to shift.

They said their mother applied and was approved for MAiD on Oct. 24 2021, and was set to undergo the procedure less than two days later.

“We believed, which was later confirmed through medical records, that she had not followed through with any recommended treatments prescribed by her general practitioner and that our mother was suffering from depression,” said Duncan.

“On October 29, within hours of being released from a psychiatric unit, our mom, at the age of 61, was killed through Medical Assistance in Dying,” said Duncan.

The Duncans said that following her death they extensively reviewed their mother’s medical records and “discovered that the diagnosis for which she received MAiD had never been confirmed by a specialist.”

They have since “supported the initiation of the first police investigation into a MAiD death.”

“We are appalled that unlike many other government approvals, there is currently no independent review of a doctor’s assessment for MAiD approval,” added Duncan.

“We cannot understand how activist doctors can justify access to specialists taking months or years, yet access to dying can take just days.”

Duncan stated that her mother’s death is “a direct indication of a broken healthcare system, and killing patients who have the possibility of recovery is not the answer.”

“Our mom’s temporary suffering ended, but now we will suffer a lifetime without her.”

“Help us ensure that her death was not in vain, and our experience helps guide a legislation that protects the vulnerable,” said Duncan.

Since its legalization in 2016 following the Supreme Court of Canada’s ruling in the Carter v. Canada case, the issue of MAiD has remained controversial. A statutory review of MAiD in Canada is currently underway by the Special Joint Committee on Medical Assistance in Dying, as required by Bill C-14.

In 2021, the Canadian Senate passed Bill C-7, which expanded eligibility for MAiD to patients with non-terminal conditions and mental illness. Critics of Bill C-7 said it removed critical safeguards meant to protect people.