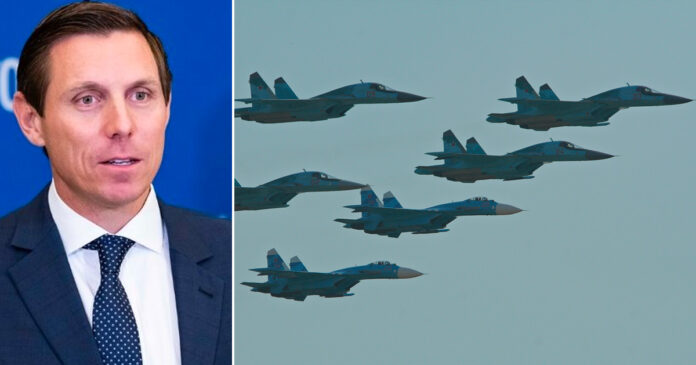 Conservative leadership candidate Patrick Brown has said he would advocate for a no-fly zone over Ukraine if elected Prime Minister – something other candidates oppose due to the risk of open war against Russia.

Brown announced the policy during the official party debate in Edmonton on Wednesday.

“The war in Ukraine as we all know has been an unspeakable tragedy, and it continues as we speak tonight. The carnage and destruction are unimaginable. Do you support creating a no-fly zone over Ukraine?” asked moderator Tom Clark.

“Yes, I believe Canada should push and actively advocate and be part of it to show that NATO is serious, it believes in encroachments. We need to stand steadfast with our allies in Ukraine,” said Brown.

Every other candidate opposed a no-fly zone over the country, which critics have argued would drag Canada and the NATO alliance into a hot war with the Russian Federation.

“The reason is that if we bring in a no-fly zone, it could very quickly escalate to Canada being in a war with Russia, and I’m not standing on the stage today promising to declare that war. I’m taking the responsible position that will provide the material support necessary,” said Poilievre.

Poilievre advocated for an alternative approach which includes supplying Europe with Canadian energy to reduce the continent’s reliance on Russian gas.

Candidate Jean Charest said that Canada could only support a no-fly zone if other NATO allies agreed on it.

“We could only do that if our NATO allies agreed. Canada can’t do that alone. We all admit that what we need to do in Ukraine is three things. Lethal weapons for Ukraine – that’s what they need, and that’s what Canada should do. More aid and bringing Ukrainians who want to come to Canada here in this country so they’re secure,” said Charest.

Ukrainian President Volodomyr Zelenskyy has repeatedly asked for his allies to institute a no-fly zone over the country to prevent further bombardments by occupying Russian forces.

Due to the fact that Ukraine is not a member of the military alliance and the associated dangers of engaging in open conflict with Russia, NATO has turned down requests for a no-fly zone.