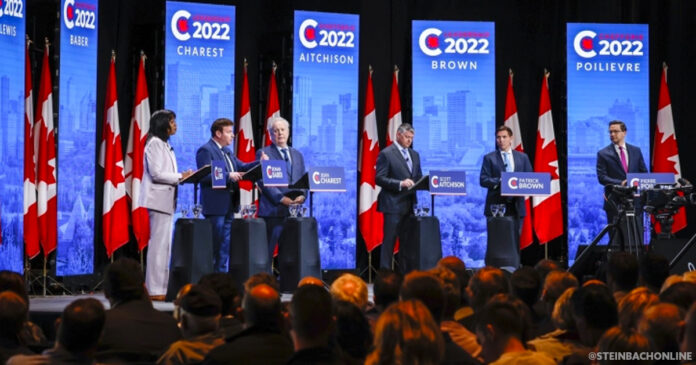 On Wednesday night, Conservative Party members had another opportunity to hear from leadership candidates and their vision for Canada. Unfortunately, the format of the debate resulted in a boring and largely uneventful event and many disappointed viewers.

Not only were simplistic and uninspiring questions about the candidates’ favourite books and TV shows asked, the perceived frontrunner Pierre Poilievre was forced to remain silent for nearly half of the debate. Further, candidates were given very short time periods to provide answers to complex issues. There were no winners in last night’s debate, only losers — thanks to the Conservative Party.

On this episode of the Candice Malcolm Show, Candice reacts to the disappointing debate, the format chosen by the party and the media’s unanimous disapproval.