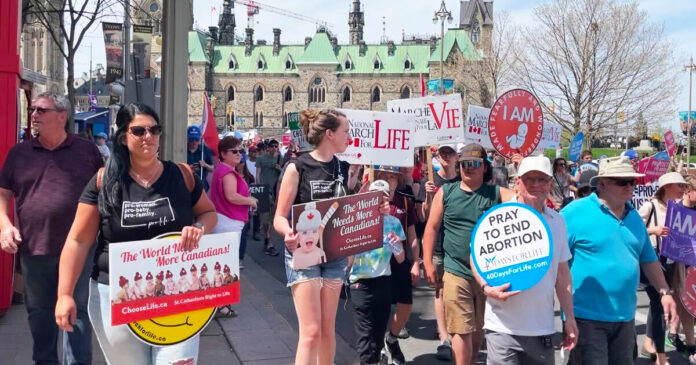 As the US Supreme Court is expected to overturn the landmark Roe v Wade case, the issue of abortion is back in the spotlight in Canada. Leftist politicians like Justin Trudeau and Jagmeet Singh are doubling down on their support for abortion and are pushing for more access to abortion services. Meanwhile, many Conservative leadership candidates attempt to shy away from the issue.

True North’s Elie Cantin-Nantel was at the 2022 March for Life in Ottawa and asked people what impact they think the overturning of Roe v Wade would have on the Canadian pro-life movement.

Some of the people interviewed include Yorkton—Melville MP Cathay Wagantall and Christian Heritage Party of Canada leader Rod Taylor.