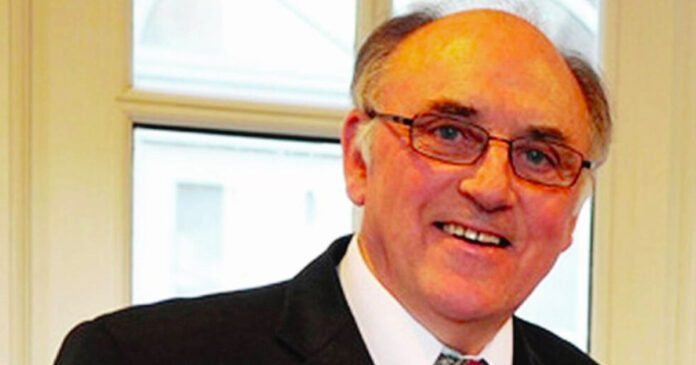 A British Columbia secondary school has cancelled a speech by former premier of Newfoundland Brian Peckford at the last minute.

Peckford told True North that Ecole Ballenas Secondary in Parksville, BC, allegedly cited Peckford’s news presence and the potential for “someone asking the wrong question” before cancelling the event.

“I live here in Parksville and was approached by a teacher at the school as to whether I would be willing to address the students concerning the Constitution, Charter of Rights and Freedoms,” said Peckford. “Of course, I jumped at the chance seeing I am doing several every week either in person or on Zoom.”

“The teacher went ahead, had approval from the principal to move ahead – time, date, etc – only to be called into the principal’s office two days before the event to inform the teacher that the agreed talk by me was cancelled.”

Peckford has been an outspoken critic of Prime Minister Justin Trudeau, accusing him of violating Charter rights of Canadians during the COVID-19 pandemic. In his blog, Peckford elaborated on the school’s decision to cancel his speech, saying that his presence in the news seemed to have made him a controversial figure.

While still premier of Newfoundland, Peckford played a role in crafting the Charter and is now the document’s last surviving signatory.

Currently, Peckford is involved in a constitutional challenge against the federal government’s vaccine mandates for domestic and international travel.

As of Oct. 2021 unvaccinated Canadians are unable to board an international or domestic flight. They can also not board federally regulated trains.

“What I find perhaps the most disturbing is that the federal government has mandated a two-tiered society where one group of people has benefits while another group is disadvantaged,” wrote Peckford in an affidavit.

“As a person who has chosen not to receive the new medical treatment, I am all of a sudden treated as an outcast, labelled a ‘racist’ and ‘misogynist,’ and as an undesirable person not fit to be seated with vaccinated people on an airplane.”

True North reached out to Ecole Ballenas Secondary for comment and clarification but did not receive a response by the deadline given.