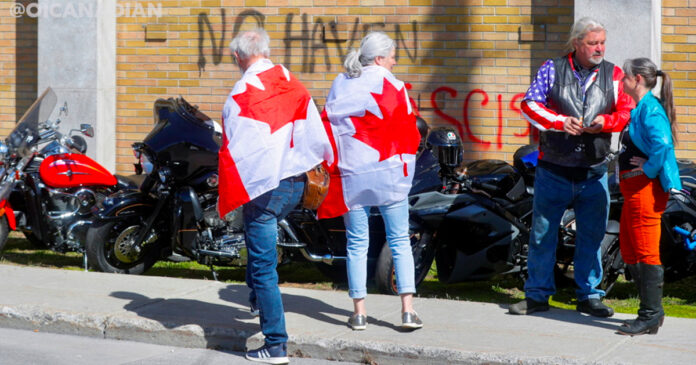 The organizers of Rolling Thunder had planned three days of programming, starting on Apr. 29 with a rally and march on Parliament Hill, and ending Sunday May 1 with a service at Ottawa’s Capital City Bikers Church.

However, people arrived Sunday morning to a church that had been vandalized with hateful graffiti that included the phrase “no heaven for fascists.”

True North’s Elie Cantin-Nantel spoke with the church’s lead pastor Rob McKee to discuss the incident, Rolling Thunder and the Freedom Convoy and how lockdowns have affected his church and the work his congregation does in the community.