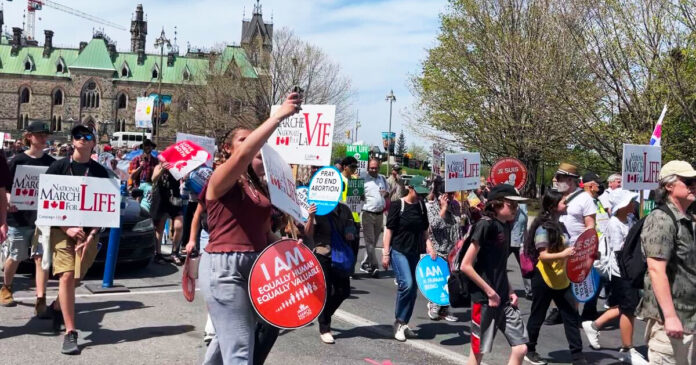 Following the leaked US Supreme Court decision indicating the overturning of Roe v Wade, the issue of abortion is back in the spotlight in Canada. However, in Canada, there is no debate on abortion because the pro-life movement has failed miserably. Conservatives are too afraid of the issue, pro-life groups aren’t taken seriously and the left and the legacy media have successfully shifted the narrative to be about more access to abortions.

As Candice Malcolm explains, the reality is abortion is an incredibly complex issue but it often gets simplified in the media and boiled down to bumper sticker slogans.

On this episode of the Candice Malcolm Show, Candice is joined by True North contributor Sam Sey to talk about the pro-life movement in Canada, what the Roe v Wade case means for Canada and the lack of political will from Conservatives to own the debate.