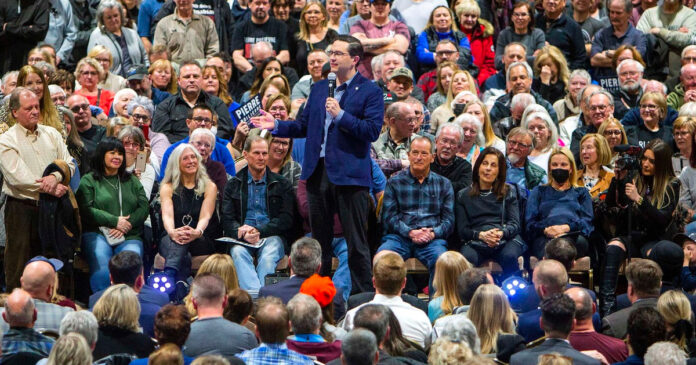 It’s a live edition of Fake News Friday on The Candice Malcolm Show!

“Poilievre derangement syndrome” has taken hold of legacy media reporters this week, as they attempted to tie Poilievre’s support of the Freedom Convoy to the horrific Buffalo shooting. Poilievre’s rivals, Patrick Brown and Jean Charest, couldn’t help but pile on. The Brown campaign even went as far as to alert all Conservative members that a “high-profile” Poilievre supporter used “alarming language” that closely resembles the idiotic “white replacement theory.”

But it doesn’t stop there. The legacy media also attacked Poilievre over holding and publicly disclosing his cryptocurrency assets while promoting the benefits of decentralized currency during his campaign. The problem for the legacy media is that not only was it not a secret that Poilievre held crypto assets, it is entirely legal and there are actually more Liberal MPs that disclosed crypto assets than Conservatives.

Plus, the format of the Conservative Leadership Debate continues to make headlines but for all the wrong reasons. This week, a Globe and Mail columnist complained that the candidates do not consume Canadian arts and culture. Have you ever watched Canadian TV shows such as “Call My Agent!” or “Orphan Black”? Don’t fret – nobody has.