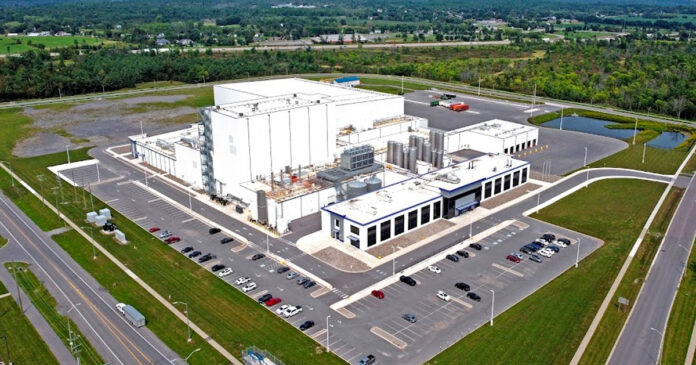 A factory in Kingston, Ontario given $225 million in taxpayer money is sending all of the baby formula it produces to China while Canadian parents struggle to find it.

Canada Royal Milk is owned by the Chinese company Feihe International Inc. but has received Canadian government funding to the tune of $225 million.

“Feihe International is the largest domestic producer of formula for infants and young children in the People’s Republic of China, and the company recently celebrated its 56th year in business, the plant’s website states.

“Canada Royal Milk will manufacture formula for infants and young children using both cow dairy and goat dairy, building local supply chains to benefit the Canadian economy.  Most of our production will be for export, but we intend to develop nutritional products for the North American market as well.”

An ongoing baby formula shortage here has prompted Health Canada to issue a statement and to ease import rules to increase supply. In particular demand are two types of formulas designed for infants with allergies.

“In certain provinces, the supply of these products is not meeting demand,” Health Canada said. “The Department has published an interim policy to recommend enforcement discretion to facilitate the importation of equivalent and safe infant formulas that have been approved by a foreign regulatory authority or are allowed to be sold in foreign jurisdictions that have high quality and manufacturing standards similar to Canada.”

In addition, baby formulas designed for infants with food allergies in order to avoid anaphylactic shock have reportedly run out of stock.

“My understanding is that all of the production is shipped to China because China had a major baby formula crisis back in 2008,” Dalhousie University food expert Sylvain Charlebois told CTV News.

Canada Royal Milk has since said that it is currently going through a regulatory process to get its product into the domestic market.

“This has delayed timelines for entry into the domestic and North American markets.”