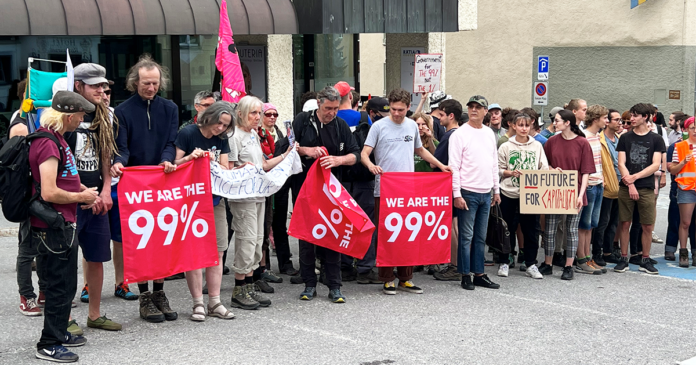 During the World Economic Forum (WEF)’s Annual Meeting, politicians from around the world will be discussing how to fight climate change. The agenda for the conference is full of pledges of “net-zero” and “clean energy.”

However, according to climate protesters in Davos, the WEF’s promises to fight climate change are not genuine. Many believe the WEF Annual Meeting is no more than a “corporate Disneyland.”

True North’s Andrew Lawton is in Davos, Switzerland to cover the international conference and caught up with some climate activists to discuss why they’re protesting the WEF.

SUPPORT OUR COVERAGE OF THE WEF ANNUAL MEETING.