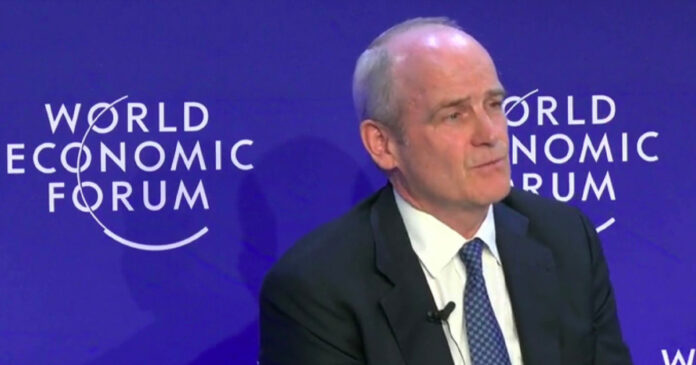 An executive with the Chinese e-commerce giant Alibaba revealed at the World Economic Forum (WEF) that the company was developing an “individual carbon footprint tracker” that would track people’s travel habits, food consumption and more.

True North journalist Andrew Lawton, who is currently on the ground in Davos to cover WEF’s annual convention, was the first to report on the announcement.

“We don’t have it operational yet but this is something that we’re working on.”

Conservative MP and leadership candidate Leslyn Lewis responded to the announcement, saying that she had warned about such a practice in an op-ed she wrote early on in the COVID-19 pandemic on a “socialist coup” in Canada.

“Many Canadians rightly fear the repercussions of Trudeau transforming Canada into a cashless society,” wrote Lewis. “They have told me that they are afraid the Liberals will impose a social credit score, similar to the one that exists in China.”

“But, the truth is maybe more insidious. There is no need for an official social credit score when the government is already picking and choosing which businesses can be open and which ones can’t, and which jobs are essential.”

Carbon tracking technology is already in circulation. Alphabet Inc., which owns Google, has backed the startup Normative, which released a free carbon emissions tracker for businesses.

A May 24 news release on Co2Zero explains that the platform “leveraged Alibaba Cloud’s technology to promote individual low-carbon actions through science and technology.”

Co2Zero technology has already been implemented by KLM Royal Dutch Airlines to voluntarily track and compensate passengers for carbon reductions.

“CO2ZERO is a voluntary CO2 compensation service which enables the passenger to contribute to reducing their flight-related carbon emissions,” KLM Royal Dutch writes.