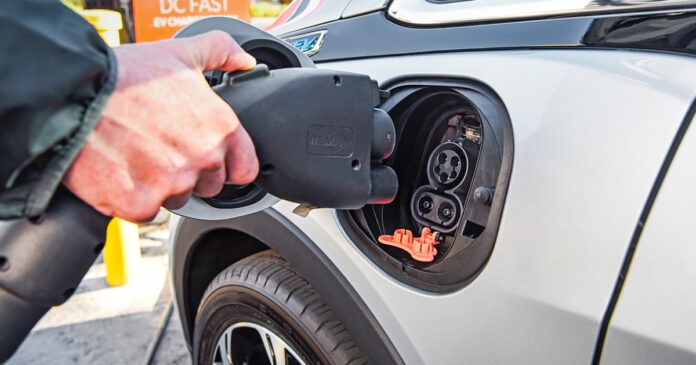 A class action lawsuit is being brought before a Quebec court alleging that the battery performance of the Chevrolet Bolt – 2017’s “Green Car of the Year” – isn’t as advertised.

As reported by Blacklock’s Reporter, General Motors boasted that the 2017 Chevrolet Bolt was able to drive up to 383 kilometers before needing to be charged. However, plaintiffs in the lawsuit are alleging that the vehicle’s range during winter before requiring a charge is a lot lower than advertised.

“The range of the Bolt electric vehicle does not even reach 300 kilometres,” they claim.

They also say that colder weather drastically increases the battery’s charging time and that General Motors was “(a)ware of this situation as early as 2017 but knowingly omitted to mention it to the plaintiff and other members of the class.”

The plaintiffs are suing for a $38,000 refund, plus punitive damages.

A decrease in range and charging ability is a common complaint with electric vehicles in Canada, as the chemical process that makes lithium-ion batteries work slows down in cold temperatures.

AAA has found that the range of an electric vehicle can plummet by as much as 41% in cold temperatures – a particular concern for Canadians looking to buy a reliable vehicle for the winter.

The Trudeau government is pushing for a transition from gasoline-powered vehicles towards electric vehicle purchases by providing a $5,000 taxpayer-funded rebate for purchases of electric vehicles where the base model is less than $55,000 for cars and $60,000 for SUV’s, pickup trucks and minivans.

In the 2022 budget, the Trudeau government dedicated $1.7 billion to the program until 2025, with millions more taxpayer dollars going to the Ford Motor Company.

In addition to poor winter performance, electric vehicles have also been criticized for the rare earth metals required to manufacture the car’s batteries, which are mined in countries like China with poor environmental regulations and human rights records.

At the current pace, around 15% of all vehicle sales will be electric vehicles by 2026 – well below the targets set by the federal government.