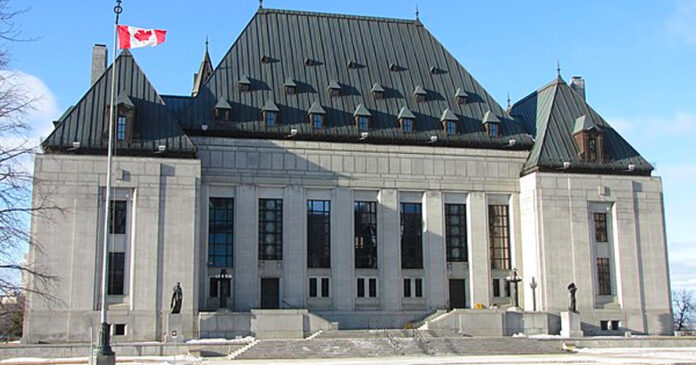 The Supreme Court of Canada (SCC) has ruled unanimously to strike down life without parole for mass murderers, saying that such sentences go against the Charter of Rights and Freedoms and that they bring the administration of justice into disrepute.

“(These sentences) are intrinsically incompatible with human dignity because of their degrading nature, as they deny offenders any moral autonomy by depriving them, in advance and definitively, of any possibility of reintegration into society,” read Friday’s ruling

“Sentences of imprisonment for life without a realistic possibility of parole may also have devastating effects on offenders, who are left with no incentive to rehabilitate themselves and whose incarceration will end only upon their death.”

The decision retroactively nullifies a 2011 Criminal Code reform by the Harper government that allowed judges sentencing mass killers to stack up their life sentences rather than impose them concurrently.

“Parliament may not prescribe a sentence that negates the objective of rehabilitation, in advance and irreversibly, for all offenders,” ruled SCC Chief Justice Richard Wagner.

Friday’s decision came after the SCC reviewed the sentence of Quebec City mosque shooter Alexandre Bisonnette, who murdered six people on Jan. 29, 2017 and injured several others. Bisonette was sentenced in 2019 to life in prison with no possibility of parole for 40 years.

Before the Harper government’s reform in 2011, the maximum sentence Bisonette could have received before being eligible for parole was 25 years. This was the situation regardless of how many people a killer had murdered.

Using consecutive sentencing, Bisonette’s ruling judge had the option of imposing a 150-year-sentence before parole eligibility.

Saying he felt that sentence would be “cruel and unusual” punishment, however, Quebec Superior Court Justice Francois Huot imposed concurrent sentences of 25 years without parole for five out of the six murders. For the sixth count, however, he added another 15 years, totalling a sentence 40 years before eligibility for parole.

Both the Crown and the defence appealed, with the Quebec Court of Appeal ruling 3-0 that Harper’s amendment was unconstitutional.

Friday’s SCC ruling means that Bisonette will in fact be eligible for parole in 25 years.

Bourque was sentenced to life in prison with no chance of parole for 75 years in 2014 for killing three RCMP officers and wounding two others – the longest sentence in Canadian history, which was not appealed by Bourque’s lawyer.

Bourque will now be eligible for full parole after 25 years.

Toronto van attack killer Alek Minassian, who killed 11 and injured 15, will also now be eligible for parole after 25 years.

Nova Scotia shooter Gabriel Wortman – had he not been shot dead by police during his 2020 killing spree – could have seen a 550-year sentence for his 22 murders.  With Friday’s ruling, he too would have been eligible for full parole in 25 years.

For example, the SCC decision comes days after mass shooter Salvador Ramos killed 21 people – including 19 children – in Uvalde, Texas. Ramos, who was shot dead by police, would if apprehended and charged have been eligible either for the death penalty or life in prison without parole.

This contrasts with the 21-year sentence given to Anders Breivik in Norway, who murdered 77 people and injured 319 in two separate sprees in 2011. Twenty-one years represents the maximum civilian sentence for Breivik’s crimes in Norway – again, regardless of the number of victims involved. Breivik was also given “preventive detention,” however, which allows the sentence to be extended by increments deemed necessary to protect the public.

In 2015, the Harper government had also put forward a bill to remove the possibility of parole entirely for some killers.

Conservative MP and leadership candidate Pierre Poilievre responded to the SCC’s decision with a statement on Friday, saying that if elected prime minister, he would use the notwithstanding clause to restore the Harper government’s amendment “so that the worst murderers stay behind bars for life.”