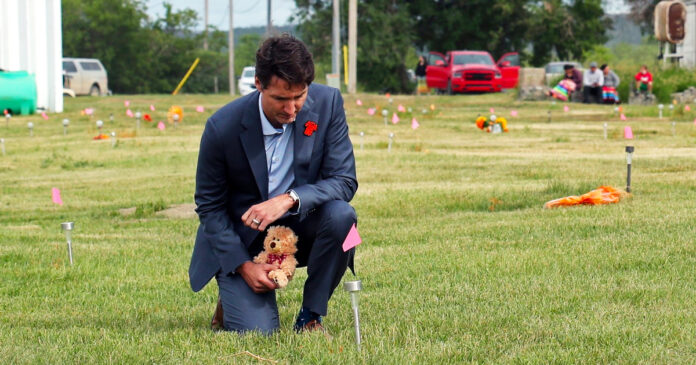 It’s been one year since the Kamloops Indian Band made a shocking allegation — that it had “discovered” 215 unmarked graves that belong to children who had attended the local residential school.

This allegation set off a whirlwind of events: exaggerated headlines, erroneous claims of mass graves, accusations of genocide, international shame and contrition, more discoveries from other bands, genuine remorse and sadness from all Canadians and eager progressives competing over who could use the most hyperbolic anti-Canadian rhetoric.

But is any of this true? Has any of the claims been verified, corroborated or confirmed?

On today’s episode of the Candice Malcolm Show, Candice is joined by professor Tom Flanagan who has been diligently researching this topic for much of his career. His recent research is in direct conflict with the media narrative, and he maintains his position that the story of the unmarked graves is “the greatest fake news story in Canadian history.”

Dr. Flanagan breaks down all the facts of the case, explains everything we know about the school — including the fact that most of the teachers were First Nations — and discusses how this narrative got so removed from the truth. You won’t see a conversation like this anywhere else in the Canadian media.