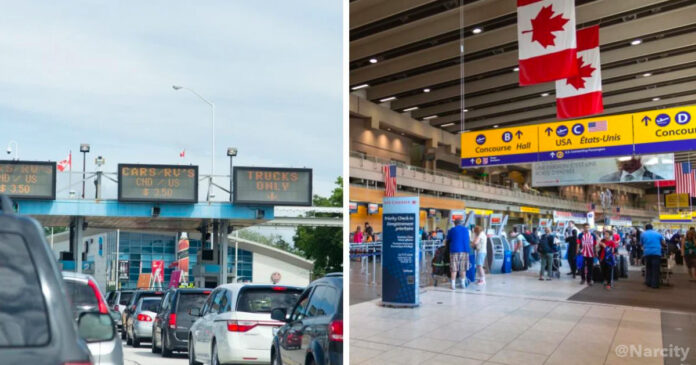 Some Liberal-appointed senators are raising concerns over a new bill to make it easier for Canadian border agents to search travellers’ electronic devices, with one senator likening it to fascist tactics used in Spain under Francisco Franco.

Bill S-7 would expand the grounds for searches of travellers’ cell phones and other devices by the Canadian Border Services Agency (CBSA). Under the threshold of “reasonable general concern,” officers would be able to demand passwords in order to access mobile devices.

“I find this arbitrary and intrusive and I don’t think what you’ve said today really convinces me otherwise,” said New Brunswick senator David Richards. “It’s the same kind of searches I witnessed in Spain during Franco.”

“Who gets to decide whom to search, and how in God’s name can we ever be fair or impartial during these searches?”

B.C. senator Mobina Jaffer added that the definition of “reasonable general concern” was too vague as grounds for a search and that it puts travellers at risk of being racially profiled.

“I don’t understand how this will not lead to racial profiling and systemic discrimination,” said Jaffer.

Mendicino insisted that the Trudeau government takes “systemic racism and racial profiling extremely seriously not only at the CBSA but right across every branch of law enforcement.”

Mendicino also stated that he recently sponsored Bill C-20, which would establish an independent body called the Public Complaints and Review Commission to review and investigate complaints concerning the conduct of CBSA personnel.

“I assure you that I am here to do what it takes to root out these systemic inequities in our system.”

“I could give you a lot of examples, personal examples too.” Jaffer replied. “I can’t help but think this is going to lead to racial profiling and to systemic racism at the border. I am very concerned.”