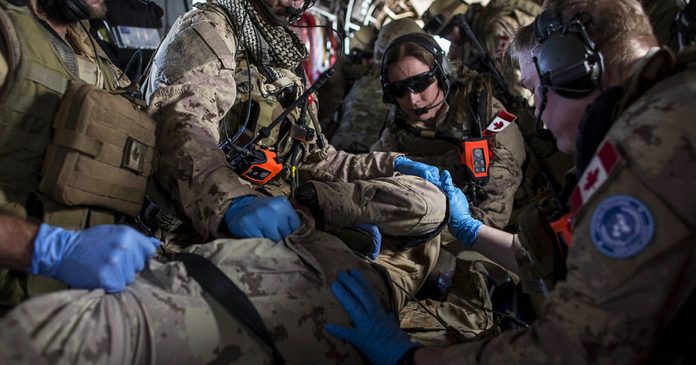 Nearly 1,600 Canadian soldiers in the regular forces have quit, been kicked out or faced discipline for not complying with the Trudeau government’s mandatory Covid vaccination policy.

According to Blacklock’s Reporter, the Department of National Defence (DND) also forced 307 civilian employees on unpaid leave for not showing proof of at least two Covid shots.

“The chain of command always has the option of taking administrative action in relation to failure to follow an order,” wrote the department. “Canadian Armed Forces members who are non-compliant with the Covid-19 Vaccination Policy are subject to a full range of administrative actions.”

In total 1,573 members of various military branches either quit, were discharged or disciplined for not receiving the shots. When broken down further, 101 of those were resignations, 146 were discharges and 436 are currently under “administrative review that could lead to release.”

The vast majority had to face “remedial measures” for refusing to follow the Directive On Canadian Armed Forces Covid-19 Vaccination issued on Nov. 15, 201.

As exclusively reported by True North, unvaccinated members of the Canadian Armed Forces were subject to an “unsuitable for further service” release from their duties.

The release applies to those who “either wholly or chiefly because of factors within his control, develops personal weakness or behaviour or has domestic or other personal problems that seriously impair his usefulness to or impose an excessive administrative burden on the Canadian Forces.”

Additionally, those who refused to comply were subject to future career consequences including loss of opportunities contributing to promotion, which are outside of Canadian Armed Forces control.”