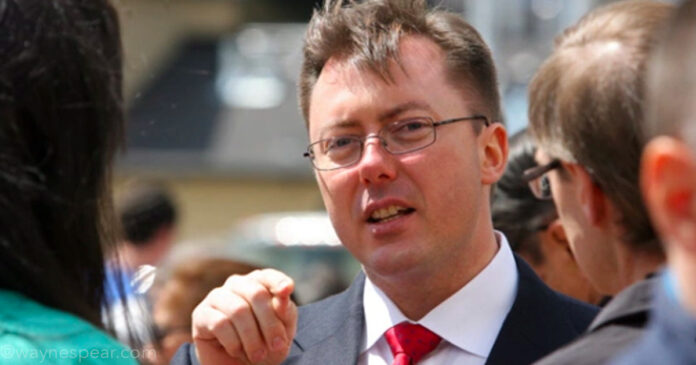 The Crown dropped all charges against former Conservative MP Rob Anders on the first day of what was supposed to be a two-week tax evasion trial.

In a statement emailed to True North, Anders thanked his lawyer and those who stuck with him through the ordeal.

“Thank God, those who pray and my lawyer Paul Brunnen. I know numerous political voices that have been silenced due to overly zealous CRA attacks,” wrote Anders. “There are companies that have been obliterated under the relentless pressure that the CRA should never have brought.”

At the beginning of Monday’s hearing, prosecutor Tyler Lord told provincial court Justice Heather Lamoureaux that all charges were to be stayed, citing unspecified “new information.”

“Last week, new information came to my attention, the consideration of which led me to believe that I no longer had a reasonable prospect of conviction,” Lord told CBC News.

After the charges were dropped, Anders’ lawyer Paul Brunnen said the former MP was “very relieved” about the decision.

“I would also like to thank David Elderfield of Wayfare Identifiers for his inspiring knowledge of CRA protocols, the Taxpayers’ Ombudsperson and the Taxpayer Bill Of Rights,” said Anders. “Mr. Elderfield’s saga with the CRA has been longer than mine.Had David’s technology been implemented the vast majority of sea containers coming into BC would now be inspected for opiates and human cargo instead of less than 5% as it is currently.”

Anders is a veteran Conservative who helped found the party. He held the Calgary West seat from 1997 to 2015, initially under the Reform Party banner.

He was also a long time advocate of lowering taxes including supporting Stephen Harper’s tax cuts while in power. Additionally, Anders called for the federal government to drop the GST.