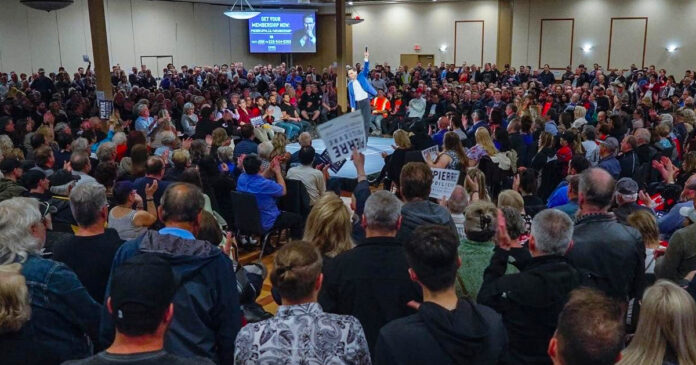 The membership cutoff for the Conservative leadership race came and went last Friday, and the numbers are staggering.

The party has announced that over 600,000 Canadians are now members of the party and eligible to vote in the upcoming leadership race in September. Front-runner Pierre Poilievre’s campaign claims that over half of those – 311,958 – were purchased on his campaign website.

These numbers are unprecedented in Canadian history.

And, the last time the Liberals held a leadership race – in 2013 when they selected Justin Trudeau – 104,552 Canadians voted. At the time, the media were celebrating Trudeau’s ability to recruit members and giddily invoking “Trudeau-mania.”

On today’s episode of The Candice Malcolm Show, Candice is joined by pollster Hamish Marshall to break down the numbers, cut through the media spin and talk about how this is very, very bad news for the Liberal-NDP coalition government.