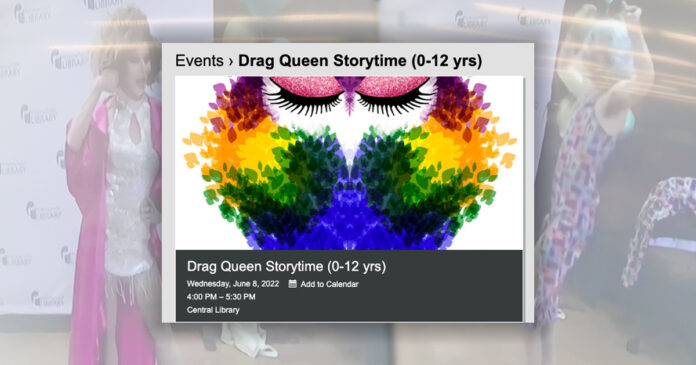 The event description says that the event is an “interactive storytelling and dance performance” where the stories that are read “encourage children [to] celebrate our differences”. A photo booth and face painting area were also set up for the drag performers to interact with the children.

True North reporter Harrison Faulkner went to the Pickering Public Library to document what was happening and to let the people of Pickering know what their tax dollars are being spent on.

The organizers did not permit outside recording of the event and refused to release their footage to the public, however they did allow the recording of a live tv feed for an overflow crowd on the main floor of the venue.

Despite the mature nature of the event, a Durham Children’s Aid Society representative spoke to True North and said that he doesn’t believe that event itself was sexual in nature.

True North also spoke to a lone protestor at the event to get his thoughts on what was taking place inside the library.