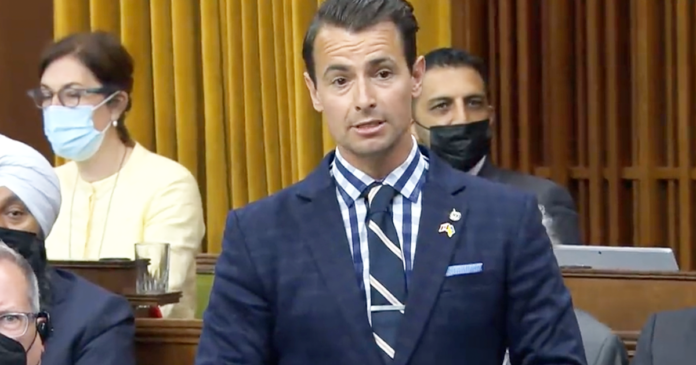 “I let my emotions get the better of me and I responded in an unacceptable way to a direct message, and I regret that,” said van Koeverden. “I want to apologize to the person I offended with the message, and anyone else I’ve let down.”

“I realize the past two years have been exceptionally difficult for everyone,” added the Milton MP.

Kate Faith, a Canadian teacher who currently lives in New Zealand, reached out to van Kouverden on Instagram to share her frustration with not being able to come to Canada to visit her family because of her vaccination status.

“You guys stand in parliament and act like these mandates actually serve a purpose?” wrote Faith. Adding, “I was a teacher who got fired for not taking a jab. Now I am a supply teacher, covering classes every single day because all the jabbed teachers have covid and can’t work” but “I can’t come home to visit my family.”

van Koeverden responded by saying, “you clearly have no idea how this all works.”

Faith then wrote back, “you guys all vote to support Mr. Trudeau. You won’t stand up and support a conservative motion even though it is the right thing to do… Are the mandates helping anyone’s health? Nope.”

After a continued exchange, Faith told van Koeverden that he was “a disgrace of a Canadian”, to which he responded “f*** you”

In response to his swear, Faith wrote back, “are you upset? I haven’t seen my family in 2.5 years. I had to watch my papa get buried on facetime. I can’t hug my parents or nana’s because of your Liberal mandates and you had the nerve to swear at me?”

van Koeverden then claimed that he was not upset, but he “made a mistake in responding to someone like you.”

Following the exchange, Faith said, “it was flabbergasting to see an MP speak like that, and then just block me because he wouldn’t or couldn’t answer any of the specific questions about data and studies.”

van Koeverden’s apology did not, however, stop him from receiving criticism for his actions.

During Question Period on Monday, Conservative MP Michael Barrett asked van Koeverden if he would “give us a date on when he’ll end the mandates, or will he tell me to ‘F*** Off’ like he did to one of his constituents?”

van Koeverden was first elected as MP for the GTA riding of Milton in 2019. Before entering politics, he had been a four time Olympic athlete.