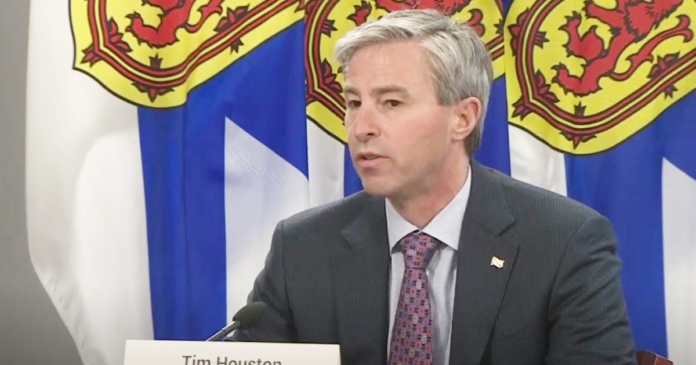 The Nova Scotia Civil Liberties Association (NSCLA) wants a public inquiry into the provincial government’s Covid-19 response, including the implementation of vaccine mandates and other restrictions imposed on Nova Scotians.

The NSCLA argues that “Canadian society is predicated on certain institutional features” and that Canadians “historically opt for promotion and appointment based on merit.”

The civil liberties group believes that a public inquiry is needed because general crises, such as the pandemic, presented “a particularly challenging condition that threaten those features.”

The NSCLA wants the public inquiry to analyze the cost-benefit of the approach taken by the Nova Scotia government to mitigate Covid-19, in comparison to “broad-based pre-pandemic recommendations from national or international bodies, such as the WHO pandemic response plan.”

The civil liberties group also wants to see the extent to which the government failed to assess the impacts that vaccine mandates, lockdowns, limits on travel and other restrictions had on vulnerable communities.

The public inquiry requested by the NSCLA would also seek for the evidence behind decisions to close businesses, limit gatherings, restrict the provincial border and impose vaccine mandates. The NSCLA cites potential charter violations, economic impacts, over 300 COVID-related deaths and the fact the state of emergency was renewed 51 times as basis for a public inquiry.

The NSCLA also wants the inquiry to look into “the deviations in political process and their justification”, as restrictions being adopted by decree rather than through the legislative process – as well as the costs and impacts of the measures adopted throughout the pandemic.

Nova Scotia, along with the rest of Atlantic Canada, had implemented the controversial “Covid-Zero” approach in the early stages of the pandemic. The approach used strict public health measures to suppress cases of Covid-19 and aimed to have zero cases.

The approach was ultimately abandoned by many provinces due to high vaccination rates in Canada. The approach was also used by Australia and New Zealand, and continues to be used by China and North Korea.

As part of its “Covid-Zero” regime, Nova Scotia imposed strict restrictions on interprovincial travel and even called in the military while reporting only 96 new Covid cases.

In Apr. 2021, Nova Scotia’s then Liberal Premier Iain Rankin put the province into one of the strictest lockdowns in Canada, that included the closure of schools and most retail businesses, a ban on social gatherings as well as limits on outdoor recreation.

The government also imposed outdoor mask mandates, attempted to ban people from moving to the province and also prevented people from travelling to funerals while offering limited exceptions for those wanting to go to Nova Scotia to visit a dying loved one.

The Nova Scotia government also faced controversy after it obtained a court injunction to ban anti-lockdown protests after a rally against Rakin’s lockdown had been planned.

The province also issued an order banning people from gathering along highways, as the Freedom Convoy was headed to Ottawa.

Rankin’s Liberals were voted out in Aug. 2021, and replaced with a Progressive Conservative government led by Tim Houston.

Nova Scotia has had seven public inquiries since its Inquiries Act passed in 1989. There is also an ongoing public inquiry into the Apr. 2020 Portapique mass shooting that saw 22 people killed.

Some have also called for a public inquiry into the federal government’s pandemic response, an idea that is supported by the majority of Canadians.