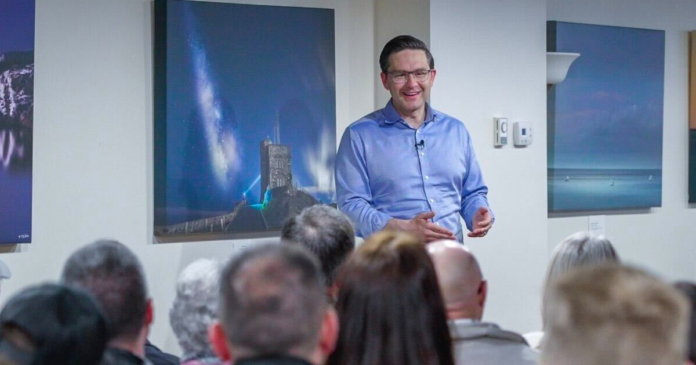 “The government is trying to control what you see in your social media newsfeed and what you can say online,” said Poilievre.

“And on top of that, they’ve teamed up with elite corporate media gatekeepers to stifle the power of the independent media. When I’m Prime Minister, I’ll protect free speech online and make sure independent media have the right to cover the news.”

Critics of C-11, which seeks to expand federal regulatory powers to the online realm, have called the law an overreach and violation of Canadians’ right to freedom of expression.

“Freedom of expression is one of our most precious charter rights, without which no other rights are possible. The current government has attempted to rob Canadians of those rights,” said Poilievre.

“I will restore them, to put Canadians back in control of their lives and make Canada the freest nation on earth.”

Recently Canadian Radio-television and Communications Commission Chair Ian Scott confirmed before a House of Commons committee that the bill would expand government regulation to user-generated content.

Scott’s explanation was contrary to affirmations by Canadian Heritage Minister Pablo Rodriguez that the bill would do no such thing.

Earlier this week, the Liberals along with the NDP shut down any further debate on Bill C-11 as it approached being passed into law.

A motion by a Liberal MP called for the government to immediately terminate discussion at the House of Commons heritage committee and move the bill along the legislative process.