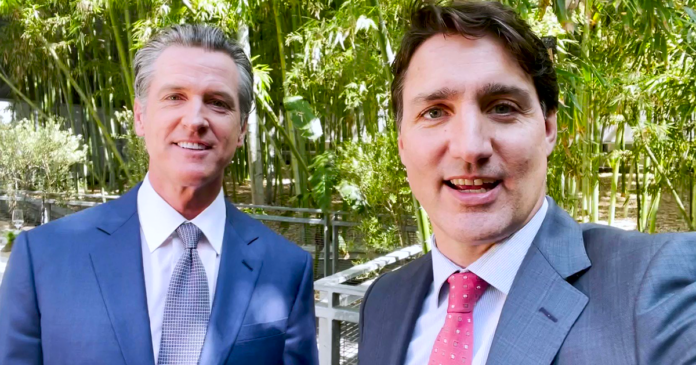 Before catching Covid in California, Justin Trudeau appeared in a ridiculously cringeworthy video with California governor Gavin Newsom to jointly evangelize on the importance of fighting climate change. Conveniently for Trudeau, catching Covid would allow him to avoid having to face parliament during a week that would see him suspend the vaccine mandate for domestic travellers and slip through his online internet legislation.

NDP leader Jagmeet Singh found himself in a “dilemma” this week because he needed to update his playlist for Pride month. To do that, he asked Canadians to send him some “queer artists” to listen to.

Plus, a Canadian recruiter made herself viral for all the wrong reasons when she wildly ranted about her anger toward supporters of the Freedom Convoy and discussed how Human Resources workers would conspire to ruin their professional lives. In a perfect twist of fate, it appears this woman has paid the price for not being careful about what she put on social media.

To wrap up the week, Transportation Minister Omar Alghabra takes home the Ratio of the Week Award for his attempt on Twitter to tell us that wait times at Pearson Airport were coming down.