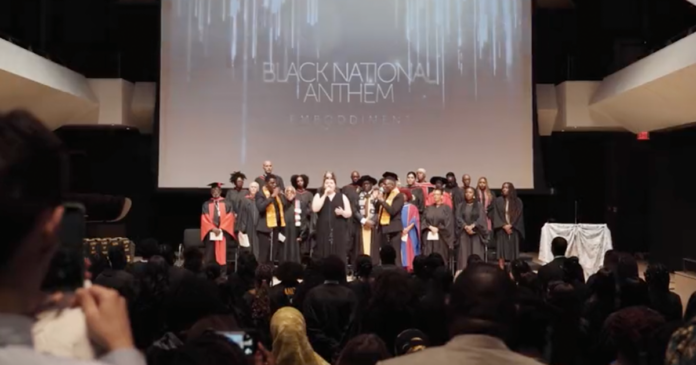 The ceremony was separate from McMaster’s convocation ceremonies, and those who registered were able to attend. Black students were not obligated to attend.

According to the university, the segregated ceremony brought together “students, family, friends, faculty and community partners” to celebrate black students who are part of the class of 2022.

In addition to giving a special graduation garment that represents African American pride to the first 100 students who registered for the ceremony – McMaster also gave out a number of awards dedicated to “Black identifying students.”

Ogunkoya told CBC the ceremony was “very much about mitigating that social isolation that happens when you feel — in a predominately white institution — you’re outnumbered.”

She added, “what was important was to make sure I brought together Black faculty members, Black staff members and the students themselves.”

“The whole day was about celebrating and centering Blackness.”

The ceremony featured the singing of “Lift Every Voice and Sing”, a hymn that has been dubbed as the “Black National Anthem”.

Dr. Gary Warner, who was McMaster’s only black professor when he started teaching in 1967, also gave remarks.

He highlighted the 2020 George Floyd protests, which he claims “heightened consciousness.”

He also praised the university’s decision to hire a “associate vice-president of equity” as well as 20 new black professors.